The fates have definitely got it in for us. First I have a bad fall at bowling, then on Saturday just as he was stepping into the bath, Matt’s hip suddenly started 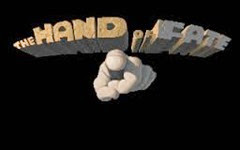 to hurt excruciatingly and eventually, I called the ambulance. Maybe I should have gone with the ambulance because I am spending time sitting here worrying. I do know the poor bugger has been sitting in a wheel chair in the waiting room for at least 3 hours because they don’t have a free bed. ‘Course the fates send these things in threes, I am now wondering what next. Matt eventually came home around 8:30 p.m. they had X-rayed his hip and told him there was nothing wrong. The doc had also given him a prescription for pain killers. He was still in a lot of pain. 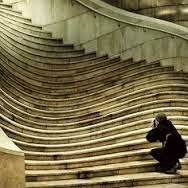 Sunday, however, he decided to go to the pharmacy himself and get the pills. No way he could have done that on Saturday so I assume it is a bit easier and is getting more so as the time goes by. We are planning to go to the bowling alley today, Monday, our biggest worry is whether we can get up the stairs or not. I don’t know if either of us can bowl, if not, we can just socialise. I might say that for both of us, our bowling scores had picked up somewhat. Typical that we should be handicapped another way now.

I couldn’t resist this recipe when I saw it. The name appealed to me, not that I drink cocktails usually other than the occasional Rob Roy (Manhattan made with Scotch). I found it through Yummly at Food Republic and thought you might enjoy it.

Chicago was home to gangster Al Capone, who led a Prohibition-era alcohol smuggling and bootlegging ring and later went to prison at Alcatraz in San Francisco for tax evasion. Capone’s favourite whiskey was said to be Templeton rye from Iowa, which was known during the time as the “Good Stuff” —

legend has it that the whiskey even made it past the walls of Alcatraz. While the infamous gangster is long gone, Templeton lives on to this day, and this recipe from Chicago bartender Lynn House brings the story of Capone back to life.