As you know, Matt had a bone scan appointment on Friday. Our intention was to go to the hospital in the morning when he would be given his radioactive injection and then pop over to some friends to kill the couple of hours until he had to be 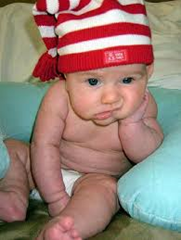 back for the main scan. When we finally got into the parking lot (they are rebuilding everything and everything is very different now) we realised it was $3 for half an hour or a maximum of $12. We figured that the way things usually went in a hospital it would probably cost us $12 for each visit. There was no way we were going to spend $24 on parking so we decided we had to stay. What a boring, draggy morning. Not so bad for me as we went into Tim Horton’s coffee shop and I had a coffee and donut and then later another coffee. Matt doesn’t drink coffee or tea and didn’t want water, so it was worse for him. We didn’t take anything to read which might have been better had we known. The technician told us that the surgeon would have the results in the afternoon so I figured I would call on Monday to see if they had any results.

Of course I missed my exercise class. That was expected anyway, but I was hungry when we got home and somewhat late for my lunch. Just as well I had eaten the donut.

Having email conversations with the caterer, she says she thinks the cake is going to look very good from the pictures I sent her. I asked her to include the English, Canadian and US flags too as we have lived in all three places. I do hope Matt enjoys all this stuff and is pleased with all the people I have invited.

Thursday is one of our travel leagues again. We will be staying in town and going to Victoria Bowl which is our alley’s only competitor in town these days. The idea being to stay local in January because of the possible bad weather. At the moment it’s gorgeous weather with very little snow anywhere. Next month we go to New Hamburg which is way out of town with lots of country roads which are susceptible to snow and blowing snow, it’s February, so what do you bet!!!

I arranged with a friend to go see A Bear Called Paddington on Feb 3 so I am looking forward to it. I saw one review which said Two Paws Up but lots 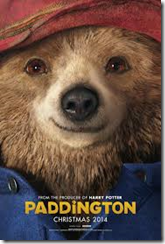 les, not to mention all the other animals, but I wasn’t expecting Paddington to look so real somehow. They installed a Paddington Trail in London recently placing 50 specially designed bear replicas all over London near places which are particularly associated with the bear. The bears were eventually auctioned off and raised thousands of pounds for the NSPCC (National Society for the Prevention of Cruelty to Children). Do follow the link, there are pictures of all the individual bears.

I suppose after that I should have had a marmalade recipe, marmalade sandwiches being a favourite of the above mentioned bear. However, here is a dessert I think sounds pretty good. 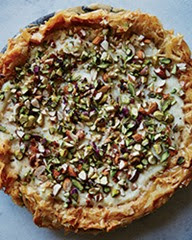 For this unusual open-face pie from executive pastry chef Ghaya Oliveira of Daniel in New York City, buttered phyllo is layered with nuts and baked, then drenched with syrup and filled with rich custard.

Make Ahead The pie can be prepared through Step 4 one day ahead: Refrigerate the custard; let the nuts and phyllo crust stand at room temperature.