And so it continues. Later on Tuesday night I realised the doctor had 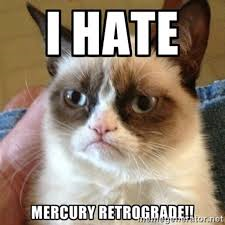 given me a prescription for a pill I don’t need and not given me one for a pill I do need. Wednesday I got back a birthday card I had sent a friend by snail mail, wrong street number!! I did get a new soup ladle though although I nearly dropped it on the store floor!! I think JoJo has it nailed (see yesterday’s comments), it’s Mercury Retrograde messing everything up. Still I went to exercise class and managed most of the exercises, just the odd one was too much for my strained hamstring. Forgot, the blood work report on the bruise was fine. Nearly missed that because I was so ticked off at the doctor’s yesterday. One good thing today, Matt got his coupon for a free meal at the Mandarin (assuming they are not shut for any reason) for his birthday.  I thought, as a friend didn’t get one, that maybe they had stopped doing that. Maybe the luck is getting better.

This morning when we awoke, it was quite foggy. However, it must have been a freezing fog as later in the day, all the trees were covered in a frost and looked really pretty. Tried to take some pix although it doesn’t do it justice. 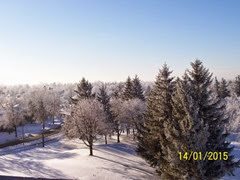 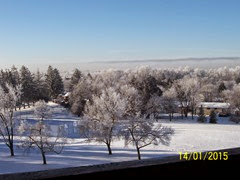 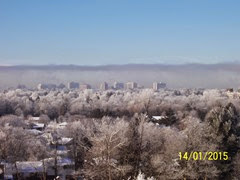 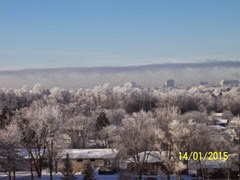 I’m afraid you can’t really see it, pity, it was so pretty this morning. My friend got a much better picture than I so I have stolen this picture from her Facebook post to show you. This was her  back yard this morning. 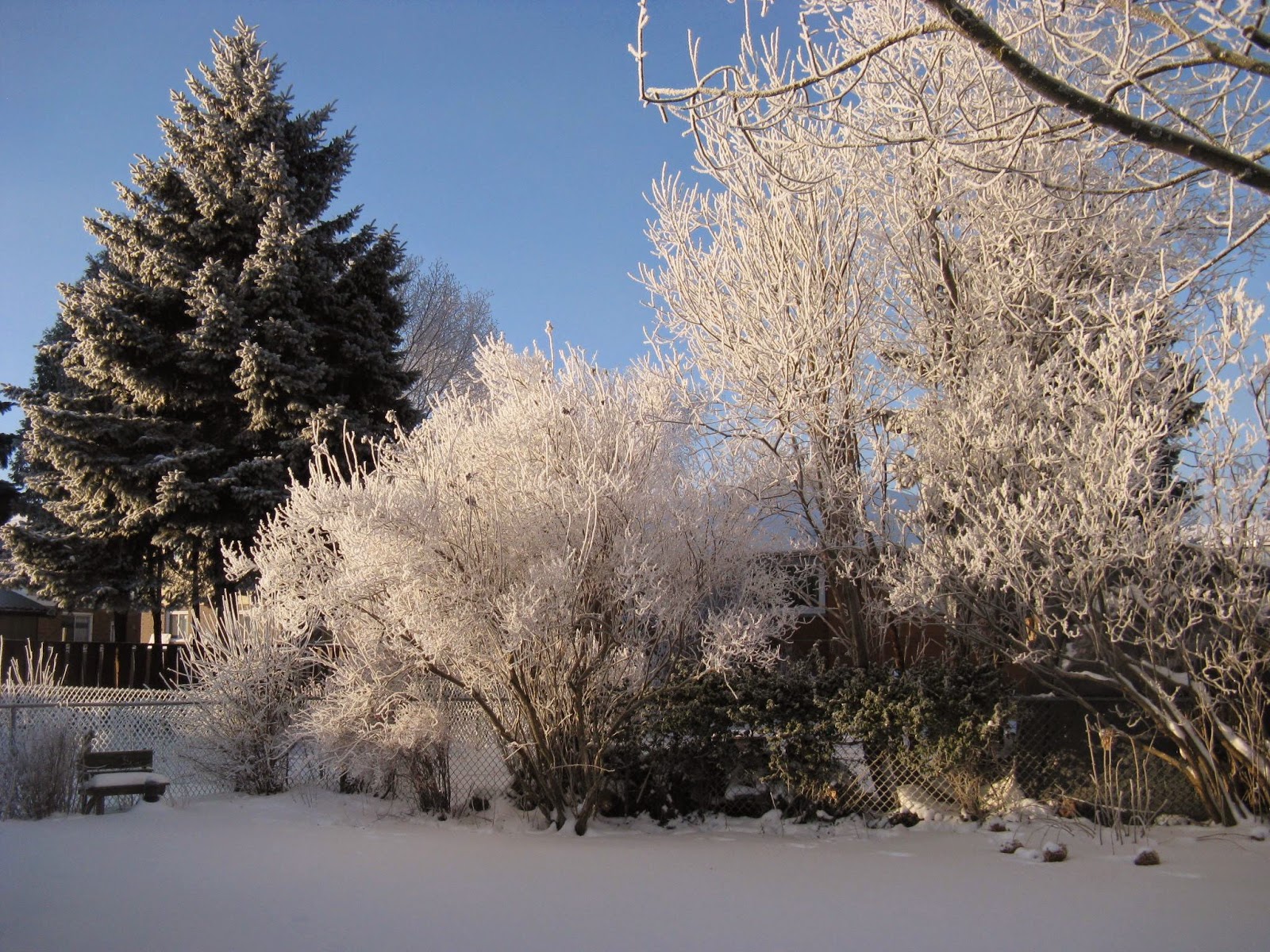 I thoroughly enjoy a good salmon dish and this sounded like a good one. There is a note at the end about sustainable seafood and the work of the Monterey Bay Aquarium which I strongly support.

It doesn’t get much easier—or more delicious—than this speedy recipe for roast salmon topped with a smoky maple-mustard sauce. The sweetness of the maple balances the tangy mustard; smoked paprika or ground chipotle adds another layer of flavor. Ask at the fish counter to have the salmon cut into four

4-ounce fillets with the skin removed. Serve with roasted green beans and whole-wheat couscous tossed with pecans and chives.

Instructions
Tip
Notes: Smoked paprika is made from smoke-dried red peppers and adds earthy, smoky flavour. Look for different types of paprika at some large supermarkets or at tienda.com or penzeys.com.
Chipotle peppers are dried, smoked jalapeño peppers. Ground chipotle chile pepper can be found in the spice section of most supermarkets or online at penzeys.com.

Wild-caught salmon from the Pacific (preferably Alaskan) is considered the best choice for the environment because it is more sustainably fished and has a larger, more stable population. Farmed salmon, including Atlantic, should be avoided, as it endangers the wild salmon population. For more information, visit Monterey Bay Aquarium Seafood Watch at www.seafoodwatch.org.