I seem to have principally been concerned about Matt’s bone scan on Friday. Arranged to spend and hour or so at a friend’s house between the injection and the scan rather than sitting around in the hospital.

Regarding the heating repair which was postponed to Tuesday, our apartment actually got boiling hot because the sun was pouring in the windows, not that it was very warm outside. We do get the sun in t he winter and it turned out that today was one of the days when we did so. It was so hot I had to put on a lightweight shirt, so obviously we never even noticed the heating system being turned off. Not only that, despite making sure we had some water if we needed it, it was never turned off after all. Ah well.

Not much to write about today; one thing, I ordered two flash drives 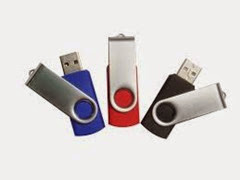 through Amazon and they arrived today. I had ordered the smallest size I could find and paid, what I considered a reasonable price. They arrived today, direct from China by the look of it, and to my astonishment turned out to be 30 gig. I couldn’t believe it. I really didn’t want them so big. I just wanted them to be able to put some music on them but certainly not that much. I have already recorded 5 CDs and the space has hardly been touched. I think one of these sticks would take our whole CD library and still not be full and we do have a lot of CDs.

One thing, Matt’s got a pension increase in the mail today. A whole 7. It’s a bit of a joke really. Our rent went up by about $20 again this year.

This recipe sounded pretty easy as well as tasty. I found it at MyRecipes although it was from Cooking Light.


Take your basic beef stew to the next level by making this simple, fragrant beef tagine featuring butternut squash.