As most of you know, on Saturday Matt went into the hospital with hip pain, he was X-rayed told nothing wrong and sent home with a 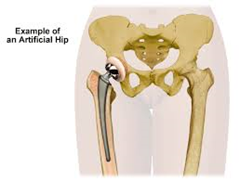 few pills. This morning, Tuesday, he suddenly was in even worse pain and couldn’t walk at all. Ambulance came and they had to virtually carry him outside our door to the stretcher. This was shortly after 9. I followed on about half an hour later and we spent the rest of the day in emergency. However, the doctor who eventually saw Matt today was a different kettle of fish, he really went to town on his examination of Matt and then ordered another X-ray, a CT scan, bloodwork and a urine test. We actually

got home around 8:30 pm but, this time, we had an answer. Matt has two hip replacements and the one of the left side is around 12 years old. It is, apparently, now shedding miniscule pieces of plastic off the joint socket and this is what is causing the pain which means that, unfortunately, he is going to have to have a new hip. At least a day’s bed rest, other than going for tests, meant that he was more mobile and able to make it home OK. So, now we have to contact the orthopaedic surgeon who did the job in the first place to arrange for a new hip. I guess Matt won’t be doing too much more bowling this season. He won’t be too happy about that. So… at least we now know. I hate to tell you what I have been thinking about the doctor on Saturday. Thanks everyone for all your support.

Today was the first day I have driven for a long time, I went down for my diabetes bloodwork this morning and then later driving to the 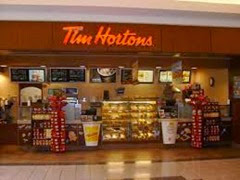 hospital. I couldn’t have chosen nicer weather, it was snowing lightly and the roads were snowy and slippery although it wasn’t deep or anything but certainly necessitated slow and careful driving. Trouble is, an awful lot of people don’t seem to know this. I wasn’t as happy driving home in the dark as it was difficult to see the road markings. However, we got home OK. That reminds me, another odd thing. Around 6 ish I started feeling a bit shaky and asked if they had a blood sugar monitor I could use. Couldn’t be done because I wasn’t registered as a patient. However, the nurse brought me some orange juice and later I went and got myself a sandwich. Yes, I had had lunch, there is a Tim Horton’s in the hospital so I had a good lunch. I was bad and had a donut for dessert too.

Having made do with a sandwich myself, here is a Weight Watchers recipe for Yakitori Chicken which I something we both enjoy.