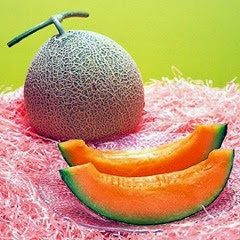 Well as someone who thinks she knows a lot about food, I was surprised to come across something I had never heard of, a Yubari King Melon from Japan. These melons sell for incredible prices, they have been sold at auction for $23,500 a pair. I saw another quote of ¥2 million. Not sure what that translates to but sounds like a hell of a lot of money. Amazon actually sells the seeds – 10 seeds for $1.70, that did surprise me. They reckon you can sell each melon for $12,000. Maybe I should buy some seeds but sadly they won’t ship to Kitchener. Of course, now I want to taste it.

Talking of Japan, we went for our Teppenyaki meal on Wednesday night. No I didn’t take any pictures, I read something recently where customers of restaurants had been complaining about how long it took to get service in restaurants these days. There was a detailed list from waiters which included customers wanting the waiters to take their photos on their iPods and then customers holding up eating to take pictures thus causing the food to cool and returning it to be heated. Sounds to me as though a lot of us are a damned nuisance.

Now to Dake, I was impressed by the decor of the whole place, turns out they have now been there 2 years, I was surprised. We had a very non Asiatic waiter, lively guy, who served us our salad, delicious, and then onion soup, drunk, no spoon. He also served our dipping sauces and drinks and kept 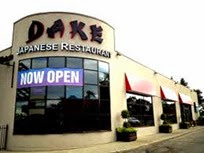 replenishing the waters. It was very good service. Then the chef came, turned out he was Korean and had been here just over a year. He looked as though his face had been burned badly at some time, we then found out why. He was playing with flames. He put oil all round the bar and

lit it, impressive and pretty, then he caused a great big whoosh of flame on the hotplate, that was very warm for a few seconds; i reckon he didn’t get out of the way in time once. Never seen this done before but it was impressive. He did all the tricks with the tools he was using and then proceeded to cook vegetables which were shared among the four of us. Very good. Then he started cooking 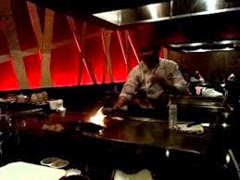 the main items, I had steak and shrimp, Matt had scallops, friends had shrimp and scallops and calamari and shrimp. Think I got that right. Finally he cooked the rice which had eggs so he spun the eggs and tossed one into his chef’s hat all good to watch and pretty clever. He actually dropped one egg!!! It was all delicious. We two women had warm Sake and Matt had water the other guy had beer. Then we two women had dessert. We had Tempura Bananas with ice cream. Mine was Green Tea Ice Cream, delicious. Wasn’t so impressed with the bananas though. With the tip that came to a little short of $100, so, not cheap but very good.

I had to share this photo with you. National Geographic and I was very impressed with it. 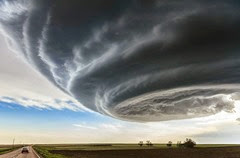 Underneath it said “Have you ever wondered what makes an award-winning photograph?” This was one if I had ever seen one. Don’t know if this is a lenticular cloud like the one on JoJo’s blog Tahoma Beadworks and Photography.

How’s this for something different? I have been receiving an email from Tastebook and this one appeared today.

This is an example of a tried-and-true recipe updated with a clever presentation. I borrowed the idea from Frederic Kieffer, one of our chefs at SoNo Baking Company, and simplified the recipe for home cooks. With a layer of cooked blueberries on the bottom of a glass jar,these individual cheesecakes sell very well at the bakery. They don’t last long at home either. Eight-ounce Ball jars come in two different shapes—tall and slender or more rounded—and you can use either one. Wrap a pretty ribbon around the necks of the jars and place them on decorative plates, and your table will look as if it had been catered by a professional.

Ideally, for all recipes in this book that use eggs, the eggs should be at room temperature. This means removing the eggs from the refrigerator two to four hours before you plan to bake, depending on how hot your kitchen is. Why? The addition of cold eggs to a creamed butter-sugar mixture will cause the mixture to “break” and look curdled, like a broken mayonnaise.
This happens because the cold makes the butter congeal into small, cold lumps. Because the congealed butter will not emulsify properly into the batter, once baked, the texture of the pastry will not be perfectly uniform.
I want busy bakers to be able to make these recipes on the fly, however. And since proper emulsification is somewhat less noticeable in cookies, muffins, quick breads, pancakes and waffles, I don’t call for room temperature eggs in those recipes. (Where it’s important, however, as in this chapter, recipes do call for “eggs, at room temperature.”) If your batter does curdle, add a pinch of flour and keep beating until it smooths out again.

Have a great day – in Canada we have a holiday weekend so I hope everyone has a good Civic Holiday.