As long as I can remember, and I assure you that’s a pretty long time, people have been talking a load of guff about dieting; what food is good for you, cut out fat 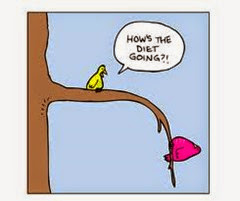 because it’s bad for the heart and so on and so on. I see they are now beginning to say that some of these low fat products are actually making people feel hungrier so they eat more and put on weight. They are also now saying eating 2 meals a day is good for diabetics and dieters. Personally, I believe in eating sensibly, NOT using synthetic or low fat anything, and moderating what you do eat. Most of these low fat foods taste disgusting anyway. If ever I needed proof, for the last 17 months I have been eating more or less what I want of sensible, properly prepared foods. I 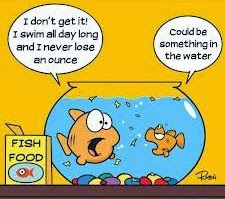 have restricted myself to 1200 calories a day as a general rule, but if I wanted to go to a Chinese restaurant I did so and didn’t count the calories, (not sure how you would at a Chinese buffet).. The same with dinner parties. The upshot of this is that I have lost 38 lbs with very little effort on my part. I am still sticking to the 1200 calories although I seem to have reached a plateau but that’s OK, my diabetes sugar readings are constantly where they should be and clothes I used to wear I can wear once more. I have friends who have had medical interventions in order to lose weight some of which cost a fair amount of money. They lost weight admittedly, but I am not sure how much of it has stayed off. a friend in the States had it done twice and the second time she nearly died. She is still overweight. Another friend had liposuction, she had to lie in bed for ever to get over it. Very dangerous if you gain the weight back. I think she is doing pretty well. I should also mention that, as most of you know, I bowl twice a week which is fairly good exercise. I also used FitDay.com to record everything I put in my mouth which I think is an excellent tool – no, I never tried to deceive myself.

OK, I lied. I realised later that I do use Butter Buds and sweetener now and again.

For those of you 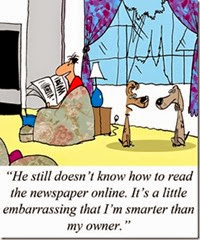 who know Gary Pennick and Penny, I sent him this cartoon today. They both liked it although apparently Penny says she is Gary’s owner.

I have been making this recipe for years now, we love it . It keeps forever and is so easy to make, especially if you happen to have Parmesan cheese, which I didn’t. I was totally teed off with myself; I was all set to make this pesto on Monday morning. It makes a fabulous snack or a great hors d’oeuvres. I ended up making another batch of Asparagus soup. Should just about have enough for the winter now. 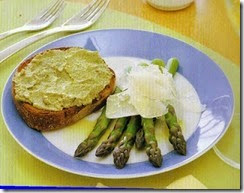 1. Cook asparagus until just tender. Refresh in cold water, then drain and dry well. Place asparagus, walnuts, garlic and salt in food  processor. Process until blended.
2. With motor running, gradually add olive oil, then add cheese and pepper. Blend together and check seasoning. Place in covered bowl.
3. It shows the recipe served on crunchy toasted French or Italian bread with a curl or two of parmesan on top and some asparagus at the side.
4. We freeze this in ice cube trays, then wrap the cubes in pairs (separated by Saran, and put in a bag in the freezer until we need them.