After the Challenge and the Month of April 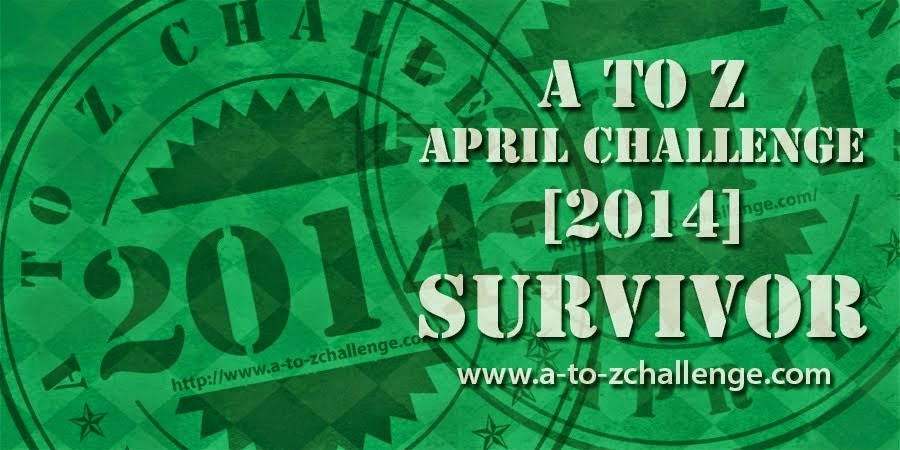 Phew, it’s all over. For me, it’s not the writing of the posts so much (I write that many every month anyway) as all the visiting one does. Plus, being a minion on Tina’s Terrific Team I had 40 blogs to keep an eye on. I find it a lot of work, what the co-hosts achieve is unbelievable, they have even more work to do. My heartfelt congratulations to all of them. It becomes difficult to balance every day life with the needs of the Challenge.

During the month of course, we had the Heartbleed Virus. 900 Social Insurance numbers were stolen from the Canadian Government. The first I knew about it was the bank and one or two other places, sending me notices that things were safe. I think I saw, somewhere, that the person responsible for the virus had been arrested. However, everyone was recommending you changed your passwords particularly for sensitive areas like banking. I get really teed off with people who do this kind of thing, mostly because they can.

We caught two episodes of Your Inner Fish on Public Television. A

bsolutely fascinating information about the development of man. I hope I can catch them again and see all of them this time. Your Inner Fish is a 3-part science series that takes a fresh look at human evolution. Join Neil Shubin for a quirky examination of fossils and DNA. I hadn’t realised there was a book as well as the TV programme. I prefer to see it rather than read it though. When I was a kid they used to talk about the ‘missing link’, it would appear that that is no longer an issue and the connections between man and fish have since been found in fossils discovered over the years.

On Easter Saturday we had some friends over for dinner. They have a son, Kai, who has recently come back from a trip to Ecuador. It turns out he also visited the 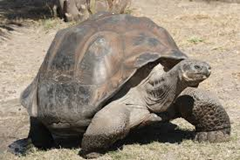 Galapagos Islands which had both Matt and I green with envy. A place we have always wanted to go. Apparently the famous tortoises are now confined and no longer wander all over because they were suffering from tourism and probably introduced animals as well. This is what Wikipedia has to say “Tortoise numbers declined from over 250,000 in the 16th century to a low of around 3,000 in the 1970s. This decline was caused by exploitation of the species for meat and oil, habitat clearance for agriculture, and introduction of non-native animals to the islands, such as rats, goats, and pigs. Ten subspecies of the original fifteen survive in the wild; an eleventh subspecies (C. n. abingdonii) had only a single known living individual, kept in captivity and nicknamed Lonesome George until his death in June 2012. Conservation efforts, beginning in the 20th century, have resulted in thousands of captive-bred juveniles being released onto their ancestral home islands, and it is estimated that the total number of the species exceeded 19,000 at the start of the 21st century. Despite this rebound, the species as a whole is classified as "vulnerable" by the International Union for Conservation of Nature”.

Last Sunday I tried a new shrimp recipe which in fact turned out to be a Weight Watchers recipe. It was very good and will certainly be on our ‘make again’ list. I had never broiled shrimp before and was a bit nervous about doing so, but it was fine. I forgot to tell you we had a new stove delivered last week. It is a great stove compared with the piece of crap we had before; they soaked us for $200 about 11 years ago so we could get it. However, one small problem, it doesn’t fit the space properly. The back panel is too wide so it stands two or 3 inches away from the wall. It’s not a major problem, but it irritates me. Not only that, said back panel has a curving top so I can’t keep salt etc. on top, not that I could anyway, it would just disappear behind the stove. Also the drawer is smaller so I have had to find new homes for a few things. 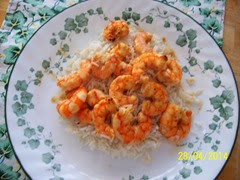 1. Combine mustard, vinegar, oil, honey, salt and pepper in a medium bowl; add shrimp and chill for 1 hour.
2. Preheat grill or broiler. Grill or broil shrimp until pink and tender, turning once, about 5 minutes. Serve over rice.

Tips
Marinating the shrimp in our one-of-a-kind sauce makes this dish finger-lickin' good. But if you're short on time, simply baste the shrimp with the marinade a few times when grilling.