When you read this, we will have been up at the crack of dawn to go to the hospital 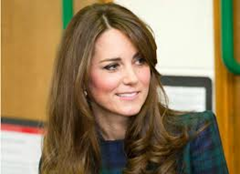 in Cambridge in order for Matt to have a colonoscopy. Why do all these things have to be done so flaming early? The further away they are, the earlier they want you there.  Reports yesterday said the Duchess of Cambridge was out of hospital and felt much better, but I have been seeing a few stories from friends who have had the same problem and say it’s a miserable business. Apparently Charlotte Bronte died from the condition. At least the Duchess will get the best medical attention, but it won’t encourage her to have more babies I think.

Forgot to tell you, when I went to my diabetic clinic the other day, my thyroid was still low apparently, so the doc put me on dessicated thyroid. I was picturing people going round to funeral parlours and removing the thyroids from corpses or something. In fact, my pharmacist assures me its from pigs.

One of my favourite authors, Glenda Larke, has now released the very first book

she wrote, Havenstar, as an ebook on Smashwords. The book was published under her married name, Glenda Noramly, and is actually one I own. Nevertheless I decided to buy the electronic copy for my Kindle. I am very fond of this book and believe Glenda is planning to write another book set in this world. So far, Glenda has had 10 novels published most of which I own. Her world building skills are excellent and her books, mostly in trilogies, are wonderful. She has another book ready to be published called The Lascar’s Dagger which sounds pretty exciting just from the title and knowing her work. Although Glenda is Australian, she has lived around the world with her husband and currently lives in Malaysia. They are planning to return to Australia any time soon. There is a bio of her on Smashwords.

I have said recently that when I lived in the UK we didn’t do any cookie baking at Christmas time. Maybe things have changed. I got  this recipe from the BBC this morning so thought I would share it with you, the snowmen look kinda cute. I would remind you, caster sugar is very similar to the sugar we use every day on the North American continent. Granulated sugar in Britain is/was much coarser.

Ingredients
200g/7oz self raising flour
100g/3½ oz caster sugar
100g/3½ oz butter, plus extra for greasing
1 large free-range egg, lightly beaten
1 tsp vanilla extract
For the decorations
white and blue fondant icing
white and black writing icing
sprinkles
48 small chocolate balls
Preparation method
1. Pre heat the oven to 180C/350F/Gas 4.
2. Mix the flour and sugar together in a bowl, then rub in the butter with your fingertips until the mixture resembles fine breadcrumbs.
3. Add the egg and vanilla essence and mix to form a soft dough.
4. Roll out onto a well-floured work surface and cut into rounds. Place on greased baking sheets and bake for 10-12 minutes, or until
golden brown.
5. Cool on a wire rack. When completely cool decorate.
6. Roll out the white fondant icing and cut out circles the same size as the biscuits, brush the backs of the circles with a little cooled boiled water and stick them to the biscuits, smoothing down the icing as you stick it on.
7. Roll out the blue icing and cut out more circles, then cut these in half and using a little more water and stick on top of the white icing for the hats.
8. Brush the hats with water in places where you want the sprinkles to stick and then sprinkle!
9. Pipe decorations on the hat with the white writing icing, then pipe a small blob for the hat bobble and another for the nose – stick on the chocolate balls. Pipe black eyes and mouth then leave to set. 30 mins to 1 hour