Well, we first heard it definitely from a New Zealander, and at least a couple of Australians, the world didn’t end. I guess if you are reading this post, it didn’t end where you are either. Phew!!! Its funny, but there has been a lot more talk about this prediction than any other that I remember. I have a feeling a lot of people secretly worried it could be true. Somebody mentioned 11:11 a.m. that would presumably be in Mexico, so we are not out of the woods yet.

I’ve come across some odd things in my time, but… A tie into which you can pour 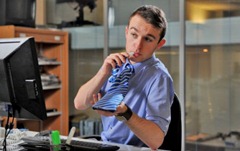 booze and have a nip now and again when you want to. I can see people wearing these to work so they can drink and nobody knows. If you want to see more about them, this site has several pictures and a link to the retailer. The tie holds 6 ounces of liquor apparently which is enough to get pretty juiced on and not to know whether you are coming or going I would surmise. I think employers are going to have to watch out for this. Cops too are going to have to check drivers’ ties as well. 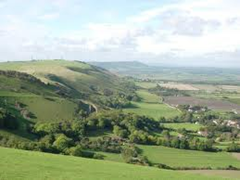 Wednesday night we watched a programme on TV Ontario called The Great British Countryside, The South Downs. I learned some fascinating things I never knew about the country where I was born. Apparently there is oil under the Downs and they are being very careful not to ruin the beautiful countryside whilst they are retrieving it, also a  huge gypsum mine which is vast and deep underneath like a country itself, and because of the chalk, there is an experienced vintner growing champagne type grapes and making an excellent sparkling wine. That’s just the part we saw. I would love to see it again, but checking out TVO I can’t find that it is airing again. Last night we watched the one about the Highlands of Scotland Which was another fascinating programme. I learnt a lot about the 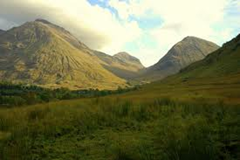 geography and history of the Highlands. Apparently the mountains of Scotland are some of the oldest rocks in the world, We were shown a piece of gneiss which was 3 billion years old, an inconceivable number. The programme explained how the landscape was formed. It also covered the making of Laphroaig which is a very expensive single malt whisky. Well expensive here anyway. It is made in the Isle of Skye. Also, the great volumes of water power available in Scotland us used for hydro electricity and enables the manufacture and processing of aluminum (aluminium in the UK) which was used for aircraft parts for Spitfires and helped us win the Battle of Britain during World War II.

I have always loved scallops. I used to buy bay scallops by the gallon when we lived in North Carolina. I would then freeze them in portion sizes. They worked very well. For some reason in North America the roe is always removed. It is actually delicious to eat and we never removed it in the UK. 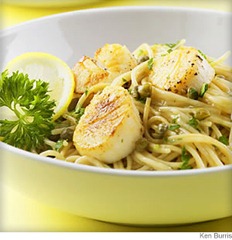 wine and caper sauce.
Ingredients
Instructions
Have a great day