We have been talking about the school shooting again, who hasn’t, and discussing the availabil 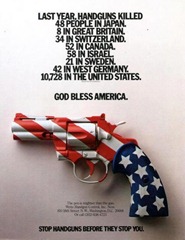 ity of guns. We suddenly remembered that when we were living in North Carolina we decided we needed a shot gun because of snakes where we were living. A local store had a special on shot guns so Matt and a friend went and bought one. Just like that. Many years later, after we had given the gun to NC friends, who already had guns, and we came back to Canada, we discovered that aliens (which we were) were not supposed to bear arms. Nobody ever checked when Matt bought the gun. I remember another time when the same NC friends came with us and a couple of other Canadians to stay in the mountains and our other Canadian friend was horrified to discover there was a gun in the NC suitcase. We weren’t surprised, but she was, and she was scared too.

I just came across this article and think everyone should read it.  Its incredibly scary. The situation and how its being, or not being, dealt with.

Our bowling banquet went pretty well yesterday, the woman who basically runs the place makes the most wonderful egg salad sandwiches. Trouble is I always eat too many of them. I do eat the ham sandwiches too, but rarely the beef which

, to us, is overcooked. We also get a veggie tray, a pickle tray and cookies and squares of all kinds. After that we bowled two regular games (not well) and then did our Bingo game. We almost won. Someone called bingo and then one of our team hit the 3 pin we had been trying for to finish up our game. Ah well. It was funny one member of the team next to us kept hitting 3 pins in the first two games and then when she wanted one, no way she could hit it. If you are unfamiliar with 5 pin, the middle pin is 5, the two pins on either side are 3s and the corner pins are 2 points, so getting a 3 on its own is NOT easy, or at least, not when you intend to do it.


This isn’t like any egg nog I have ever come across before, but it sounds like a pretty good drink to me. 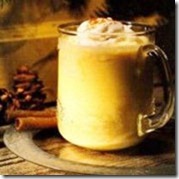 DIRECTIONS
Pour the brandy, sherry, rum, and whiskey into a bowl.
Place the egg yolks and egg whites into two separate, large mixing bowls.
Set the egg whites aside.
Beat the egg yolks until light and frothy.
Gradually beat in the sugar until the egg mixture is light colored.
Slowly beat in the liquor mixture.
With the mixer still running, pour in the milk and heavy cream until blended.
Using a clean beater, beat the egg whites until soft peaks form.
Gently fold the egg whites into the milk mixture.
Pour into two clean, gallon-size plastic milk containers.
Refrigerate at least 5 hours, or 10 hours for an even smoother taste.
Shake the container occasionally to keep the alcohol from separating.
To serve, pour the eggnog into a punch bowl.
Whisk to blend milk mixture, add the quart of vanilla ice cream, and garnish with nutmeg.