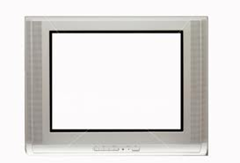 At approximately 2:00 pm on Friday afternoon Matt tried to turn on the TV and it was dead, I subsequently discovered the internet and our home phone was also dead. I tried to get hold of the service provider and they were apparently having problems with their phones so I assumed it was everywhere. I tried to get them two or three times and eventually, maybe a couple of hours or so later, I did get hold of them and they told me it was only in our apartment. Sh*t. They said they could get a repairman here on Monday morning – I promptly hit the roof. The service guy told me to calm down and said, because we had no phone service it would go through as an emergency. He said the repair dept. would phone me and let me know when they could come. Over an hour later, I hadn’t heard anything so I called back when an automatic voice told me I had a service man calling between 9 and 11 on Saturday – they were supposed to have called me. I eventually managed to speak to a person but despite speaking to lots of people, nobody could do anything. We are thoroughly teed off to say the least. Not only that, my IT guy was calling and I phoned him and left a message not to come because he couldn’t phone us from the lobby nor could I let him in. As it happened he turned up anyway and somebody let him in. Obviously this is why my blog was not posted early this morning and why nobody could get hold of us. No-one has our cell phone number because, basically, we don’t use it except for emergencies so as far as the rest of the world was concerned, we were incommunicado. Grrrrrrrrr. The language that has been going through my mind would have this blog removed from all computers. Just to add to the problems it has snowed over night and is still snowing this morning so presumably the service guy will have driving difficulties. Once he gets here, mind you, he can’t phone us to be let in!!!!

OK, he’s been, turned out somebody switched off the cable to our apartment instead of the one below!!!!!!!!

However, Matt’s Christmas present turned up today. I had bought him the first two seasons of As Time Goes By with Judi Dench and Lionel Palmer. It always used to be a favourite of Matt’s, mine too, but Matt especially. We were still able to play it on the DVD player even though the TV itself doesn’t work so we watched the first season and Matt was delighted with it. He really enjoyed it once again, as did I.

Camilla on TV Thursday night. Had seen it before, but it really is a good movie with Jessica Tandy. She was such a great actress, think Driving Miss Daisy. In Camilla she plays an aging violinist who befriends a young woman (Bridget Fonda) who is also a musician. The part shows her as being slightly dotty, but she plays it so well. Even the scene where she is listening to a Brahms concert, she is so obviously taking part in her mind, just by her facial expressions. Brilliant acting. Its such a shame she is no longer with us. I have never actually seen the first part of the movie, I always end up coming in part way through, but the part I do see is great.

This recipe appealed to me for New Year’s Eve. I have never seen store bought raspberry sorbet, so I have included a link to making one, fairly simple to do in fact. Don’t be frightened to use the Black Pepper. I first used it on strawberries as recommended by the Australian chef Graham Kerr many years ago and it is incredible how just a little pepper brings out the flavour of the fruit. 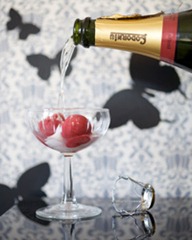 Chef James Holmes of Olivia, in Austin, topped raw oysters with this sweet-savory sorbet before deciding it would make an excellent cocktail with Prosecco. A good-quality, store-bought raspberry sorbet is a fine shortcut.

In a large bowl, sprinkle the pepper all over the sorbet and fold it in with a rubber spatula. Cover and freeze for about 3 hours, until firm.

Chill 8 champagne saucers. Using a 1/2-ounce ice cream scoop, place 3 scoops of sorbet in each saucer. Pour about 1/3 cup of Prosecco into each saucer.

Make Ahead The black pepper–raspberry sorbet can be frozen for up to 3 days.