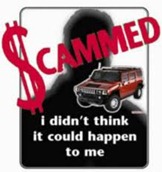 Just been reading a story about an elderly woman in British Columbia who was one of the latest to be scammed in the “grandson scam” where someone calls and pretends to be a grandson in trouble, DUI for instance, and needing money for lawyers, bail, etc. etc. and to keep it secret as he doesn’t want parents to know. In this instance they got $20,000 off the woman – some of which she had to borrow from the bank, TD Canada Trust, who, now this is out in the open, have refused to waive the amount of the loan even though they know this woman, who is 87 by the way, is existing on a basic pension. It appears very little is being done about these latest scams, the son, in the article, says the police don’t seem to be that interested. Of course nothing can be done if these scammers are not caught red handed. They have amassed millions already according to the article. The elderly are particularly vulnerable, but anyone can be scammed at any time, we none of us believe it can happen to us.

well and allowing the blood to flow pretty freely. Apparently I will be having a check up on this every 6 months or so. Interesting, the first stent from 2004 nobody bothered to check it, of course it is also being checked now since my angioplasty last June. My left leg is somewhat plugged up too, but the advice is, it its not troubling me, leave it alone, so leave it alone I will. Still have a lot of edema as a result of the op though which is a bit of a nuisance. One thing I really dislike about ultrasounds is the gunk the spread all over the areas they are checking which takes forever to dry and is somewhat revolting when one is trying to get rid of it. No idea what they use. All I can find is that its ultrasound gel and a conductive medium. 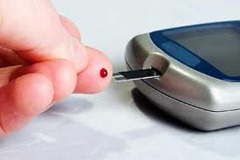 Hmm, just come across an article about drivers being in diabetic shock or having hypoglycemia and therefore causing accidents. I don’t know, but I was told never to drive under 5.0 mmol/L or go to bed under 7.0 mol?/L that’s about 90 mg/dL in the US and 126 mg/dL. So I really don’t know why anyone with diabetes would be driving in unsafe conditions, especially in Canada where we can get our diabetic supplies for free so there is no excuse for not testing if you feel the slightest bit unwell. Its not as though its difficult to do and if you are driving for work, you should certainly be carrying your monitor with you.

Whilst I was being plastered with gel, Matt spent forever reading a 2 yr old magazine. He said it was pretty tatty and so he made it tattier by tearing out a Jacques Pépin recipe he found for one of my favourite foods, yes asparagus. It will soon be here I hope. He talks about peeling the asparagus stems, but if you buy fresh from somewhere like Barrie’s Asparagus, it is totally unnecessary. He also cuts the asparagus, whereas the picture shows them uncut.

I peel the asparagus stalks for this recipe (so they are completely edible) and cook them in just enough water so that most of it has evaporated by the time the asparagus is cooked, thus preserving the vitamins and nutrients in the vegetable. The pungent mustard dressing should be served at room 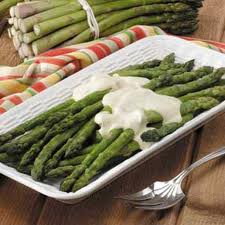