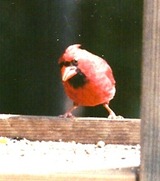 I was talking, by email, to Glenda Larke about birds. When she moves from Malaysia to Western Australia she is going to miss a lot of the birds that are so prevalent there. It made me think of how much Matt and I miss our home in North Carolina where we had a back yard full of feeders and nesting boxes and spent hours watching

birds, squirrels, anoles and occasionally insects (that last was more Matt than I). We had a huge bird feeder (people used to joke it was big enough for a doghouse for when Matt was in trouble) and a magical bird bath with a dripper which attracted all

kinds of birds. In the pictures shown there are Cardinals, Gold Finches, a Red Bellied Woodpecker (why? doesn’t have a red belly) just to name a few. It was always fascinating to watch the Cardinals feed each other which I understand is nesting behaviour when one is sitting on the nest, the other will bring food. In our nesting boxes we used to get 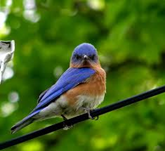 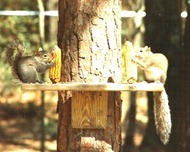 read flying squirrels, we didn’t have any of those although to watch some of the squirrels jump you would swear they could fly. They also like to hang around the feeder and pick at seeds the birds dropped. We managed to keep them off the feeder with a baffle arrangement, but towards the end of our time in NC there was one little perisher who could get over the baffle, only one who ever managed it. As you can see we used to feed them dried corn which didn’t last 5 minutes. We always had one family of Great Crested Flycatchers nesting, probably the same one each year, and we have photos of them carrying bugs to their young in the nest box. Can’t find them though. They were a perfect example of co-operation and one would sit in the trees and watch whilst the other fed the chicks then whistle the all clear. 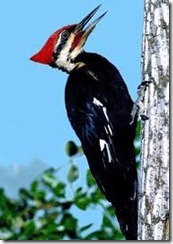 Another woodpecker we got quite regularly was the Pileated which is a huge bird compared to all other woodpeckers, but our pictures are not terribly clear, sadly. They are mostly sitting on trees in front of us so they blend in. This one shows the actual bird. They are supposed to be pretty rare, but we used to see them quite a lot. If you know about birds, you will know people often keep lists, there is a life list and a yard list. I think our yard list got up to 17 species altogether. Sadly, I 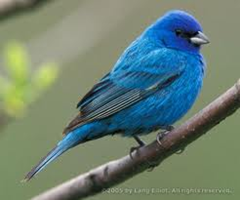 don’t think I have a copy of it any more, nor even our life list. Once we moved into an apartment, we didn’t get to see much wildlife despite the park. On thing that always fascinated me was the Indigo Bunting which is the prettiest of blue birds, but is apparently not blue at all, it is simply the light refraction affecting its colour, I don’t really understand how light refraction can produce such a beautiful blue, not very scientifically minded I suppose. Nor do I know what colour its feathers really are, white, clear, what I wonder? 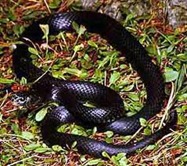 In the early days in NC we used to get occasional snakes too, but I guess they eventually learned to keep clear. The most incredible snake, to me, was the Black Racer, one could see why it got its name, that thing could move incredibly fast, never seen anything like it. It shot across our yard like a gun out of a bullet. Quite harmless. Unlike th

e Copperhead which our neighbour found in his yard, in fact he found a couple of them and nearly died of snake fright. I believe they wouldn’t actually kill you if you were in good health, but a dose of venom is not the best way to find out. I never did come across a Cottonmouth or Water Moccasin which are the most dangerous in the area, so called because when they open their mouths it looks like cotton. I have no wish to verify this. We did see one snake crawling up a tree in our back yard to get at a bird’s nest, what it was I don’t know, don’t think it was poisonous. There is one poisonous snake in Ontario, The Mississauga Rattler, and I have no wish to meet that either.

For those of you who have no interest in the above, this would have been as boring as hell, sorry about that. 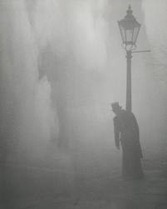 Saturday morning we awoke to thick fog, couldn’t see the trees outside our window and it took a long time for the fog to dissipate. Eventually, after lunch, it got really nice and sunny. It started me thinking about the pea soupers we used to get in London when I was in my early 20s. We complained about the inconvenience of it all, almost impossible to drive anywhere, but despite everything I don’t remember anyone worrying about health consequences. You might see the odd person with a mask, but not for most of us. Considering all the junk hanging around in those pea soupers it’s a wonder our lungs didn’t suffer permanent damage. Smog really was revolting stuff. Fog at sea isn’t funny either, my parents and I have been at sea in a pretty thick fog a few times, all you can hear are the fog horns of other boats as well as your own horn. Due to sound distortion, its almost impossible to tell where another boat is and you just hope everyone has the sense to stay still. Can be a very scary experience. Sunday was just as sunny and warm, but everyone is thinking March came in like a lamb it might go out like a lion.

Over the weekend we booked to go down to North Carolin 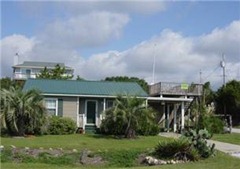 a in September again. Not the same place as the last two years, but the Sugar Shack where we have stayed a couple of times before. Its only drawback being its situation right on the main road. The cottage itself is delightful and I understand they now have an internet connection which makes it ideal for me!!! The other cottage is now way too expensive for us to go to on our own which is a pity as its not on the road and in a quieter location. Its also within easy walking distance of many places, but as we don’t walk that well, we don’t worry about that part.

Saturday night we had a very enjoyable meal with our friends. She had made Rouladen which I haven’t had in a long time. I can’t remember if I have ever tried to make them myself. These were delicious. I used to make Oiseau sans Têtes (Headless Birds) which is a sort of French version of them in-as-much as they are both rolled meats with a filling. Below is a rouladen recipe, looks like it might be similar to our friend’s recipe. She served spaetzle dumplings (a noodle) with hers. which I didn’t know, but one can buy. We have tried making them, not very successfully. Forgot, as a concession to the day, our hostess made us a green dessert. 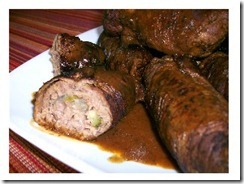