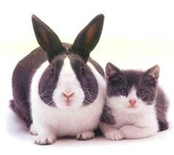 how things happen with words or names. We don’t know much about Hawaii and there was a crossword clue which turned out to be Hilo, a town there. Then the book I am currently reading (Death on a High Floor by Charles Rosenberg), frequently mentions Hilo for various reasons and then in Wheel of Fortune last night, a competitor won a trip there. This so often happens, presumably because on has recently been made aware of something and it crops up soon enough for it to register. On the other hand, I periodically read something in a book which I have read before and think “I didn’t know that” but I must have known it because I read the book before.

What a lousy game I had at bowling, but, as it turns out so did a lot of people, not just on our team, but some of the best bowlers we have were turning in ridiculo

us scores, for them. In fact they were so low, they were laughing uproariously about it all. Someone suggested it was because it was so cold yesterday, but as we were inside I don’t see how that could affect it. However, I guess it was yet another coincidence that so many bowled badly on the same day. I must say my legs were killing me by the time I got home, to a young person maybe bowling three balls per frame may be nothing, but its pretty hard work when you are getting up there, especially when one has been unwell for a while. Well that’s my excuse anyway.

British Traditions cropped up on Facebook today talking about why Port is always passed to the left, it is supposed to have started in the British Navy and port is left hence it was passed to the left. I read something about getting someone to pass it who wasn’t doing so, the tradition I am aware of, you said to that person “you are chased” meaning pass it on please. Also, the host is supposed to pour the glass of port for his guest on the right hand side before he passes it to the left. There are a lot of traditions associated with port, one being that you were not supposed to set the bottle down whilst it was in motion. One thing I always wanted was a train set which

travelled around the dining table bearing the port, I once saw one and from then on it was my greatest wish for a while. Haven’t got a big enough table any more. We visited some port ‘caves’ as they are called when we were in Oporto, Portugal and tasted several different ports, hadn’t realised before there were so many differences. The story goes that port was invented by a couple of Scotsman who were exporting wine from Portugal and found one year’s vintage to be so bad they added brandy to it. The rest is history.

It always tickles me that many recipes chuck in some feta and some olives and call it Greek. However, as it happens I have some feta left over from the quinoa dish the other day, and I always have olives and tomatoes, so I just might make this, I don’t have any shell pasta mind you, but that can easily be remedied. 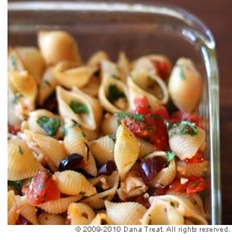 Bring a large quantity of water to boil in a stockpot. Meanwhile, heat the oil in a small saucepan over medium-low heat. Add the garlic and cook 30 seconds; do not let it get at all colored. Remove the pan from the heat and set aside.

Add the pasta to the boiling water and cook until very al dente, soft but not quite cooked through. It will continue to cook in the oven. Drain thoroughly in a colander and place back in the pot. Pour on the garlic oil and toss well. Let cool to room temperature, tossing occasionally to prevent sticking.

Preheat the oven to 375 degrees.

Mix in all the remaining ingredients. Place in a shallow 3-quart casserole (such as a 13×9 inch pan). Cover with foil. (The pasta can be assembled and refrigerated up to 24 hours in advance. Bring to room temperature before baking.)

Bake, covered, for 25 minutes or until hot and bubbly. Remove the foil and bake another 5 minutes to lightly brown the top of the casserole.