Canada has decided to get a bit more serious about tobacco warnings. We were apparently the first to put warnings on cigarette packs, but then we lagged behind. Now we are catching up with extremely graphic pictures showing what can happen to you if you smoke. One of the many pictures is photos of the model Barb Tarbox who became a vigorous anti tobacco activist before her death. It always strikes me as odd that tobacco companies are trying to sell cigarettes and so on, but agree to put such devastating warnings on their products. I know why it happens, but its not logical is it? Buy my product and see what happens to you!!! We should, perhaps, put ads on foods showing how obese you can get through eating. What about pops or sodas, they are very detrimental to one’s health. I sound facetious but actually, I am not.

Last night we watched a programme on a n 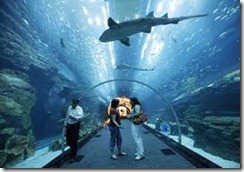 ew shopping mall that has been built in Dubai. As with anything else, this is going to be the biggest and grandest mall. It is 1 Km square and contains an ice rink and a huge aquarium which has 30 sharks and a tunnel one can walk through. There will be a roller coaster, but this area is not yet finished. Of course there are hundreds of shops, no doubt selling pretty expensive items. The thing which staggered us the most is all the figures which were quoted. They will be shipping in thousands of gallons of seawater each day, which will then be cleaned and processed in a ginormous filtration plant, before being added to the 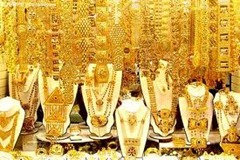 aquarium to top it up. The programme we saw was mostly about construction and all the difficulties they had, but it did show a lot of pictures of the finished mall, not least of which was the gold souk which is a nod to the gold souk in the market place which is famous for selling the most fantastic gold jewellery and ornaments.

How silly, today on GMA they had a chef talking about simple snacks which could be served to your party guests tonight. At least two of them needed preparation a day ahead. In fact I am not going to include a recipe at all today, I figure any cooking you need for tonight you will already have done and no-one will really want to bother with reading recipes today.

So, as my last blog for 2010, I wish you all an absolutely wonderful New Year and a thank you to a friend for sending the New Year pic at the beginning of this blog.