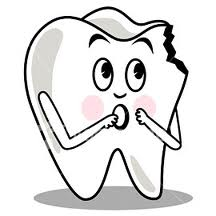 Good morning, hopefully it will continue to be a better one for me. My Friday was a lot better than my Thursday. OK, I have been wingeing a lot, but I think I had plenty of reason so to do. This evening we have a retirement party to go to and I hope I will be able to. By the way, for those of you who have read the remedy of rubbing the palm of your hand with ice, I tried it, it doesn’t work!!

I must say my eating habits have been drastically affected this last few days, I have been eating soup, scrambled eggs, fish and other soft foods. I actually found haddock loins poached in milk with a little butter and seasoning are quite delicious. You can actually taste the delicious fish. Last night, I had that, a few peas (squish easily) and a baked potato. I struggled to eat the skin; but I like properly baked tatie skin so much!!! One of those occasions where I am not sure if the pleasure was worth the pain. Tomorrow lunch time I have some Hot and Sour soup which Matt picked up for me on his return from bowling. Looking forward to it.

Oddly enough, the world has continued without me and my commentary the last couple of days, how disappointing, it couldn’t wait for me. Assange has been in and out of a British jail, the Swedish want him for sexual offences and the Americans want him for violating their secrecy. I have never really understood how he got hold of the secrets he revealed, but whoever you are, I am not sure revealing them is the best way to go. Many people can get hurt in the process who are actually innocents in the games of governments. There’s free speech and there’s stirring up shit. Who makes the classification depends on where you stand.

Weather wise we seem to be escaping the worst stuff. All around us are still suffering and in Eastern Canada the flooding is appalling. I have been flooded once myself, but nothing like as badly as those poor people.

I liked the sound of this cake, chocolate and rum, what more could I ask for? The picture is not actually from the recipe but seemed pretty similar. I notice Sia has been posting some hot Christmas drinks on her web site – we must be on the same wavelength, you should check her recipes, and her Santa LOL 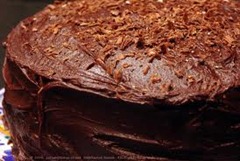 Preheat the oven to 350 degrees F. Lightly butter and flour an 8-inch round loose-bottomed cake pan.

Melt the chocolate and allow it to cool to room temperature, about 15 minutes. Place the melted chocolate into a mixing bowl and blend in the instant coffee, rum, and boiling water.

Break the eggs into a second mixing bowl. Whisk in the vanilla extract. In a third bowl, mix the confectioners' sugar with the arrowroot and whisk that mixture into the egg mixture. Using an electric beater, beat the egg mixture until it is about double its original volume, that should take about 4 minutes.

In a mixing bowl, beat the heavy cream until it is stiff and stands in peaks. Combine the chocolate mixture with the egg mixture. Then fold in the whipped cream. Pour the mixture into the prepared cake pan, and bake for 1 hour, or until the center of the cake is fully cooked.

Remove the pan from the oven and let cool on a rack. Meanwhile, puree the defrosted strawberries in a food processor or blender until you have a sauce.

Cut the cake into slices. Place some of the berry sauce on serving plates and shake the plates until you have a thin coating of the sauce covering most of the plate. Put a piece of the cake onto the sauce. Put a scoop of the ice cream on the cake and garnish each slice with the fresh berries.