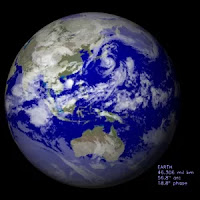 I read something interesting the other day, the Venus Express was designed to study both Venus and Earth. Why Earth? Because they want to study life on earth. Yes, we know there is life on earth, but the idea is to study, from space, what signs convey that there is such life so that if and when they come to another planet they will be able to recognise such signs. It is an interesting concept. We have seen many pictures of earth from space but nothing which particularly conveys that it is populated. You would have to have a telescope with really strong magnification I think. I am not sure how close some of these telescopes, which we send into space, can get. On Star Trek they could certainly look closely at places where they were thinking of landing. I am not sure we have such technology yet. Apart from the fact that we can't travel the stars anyway.

You may remember a few days ago, on the 21st to be precise, I had a warning on the computer which was obviously spam and called my techXpert people on line. Well it happened again on Sunday night. I couldn't get rid of it so I ended up rebooting and lo and behold it had all gone. It does seem to be connected to the game Matt likes to play but the tech people went through my PC with a fine tooth comb and didn't find anything. What a pain these people are. I don't understand why they do it although I am told it's just because they can.

I thought this was an excellent idea for breakfast or brunch. 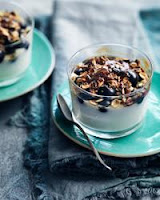