I have just heard, on the radio, that some of the telemarketing 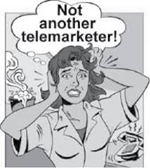 companies were circumventing the Canada wide “do not call” prohibition and have now been fined a whole heap of money. There are more companies which are on notice apparently. I know I got a call one time saying my computer was about to go kaput or something. It was 3 in the morning I think, certainly in the middle of the night, and they told me I should get up and turn my computer on. I told them what they could do. Also, the ubiquitous duct cleaning which I think everyone gets now and then. I wish they would just remember we live in an apartment. In fact, if you live in a house, duct cleaning isn’t a bad idea, it gets rid of a lot of dust and debris which you are basically breathing in. But if you contemplate it, use a reliable company.

Following that terrible crash of the German plane which was

apparently flown into the mountains on purpose and according to the black box, was done by the co pilot, the pilot having been locked out of the cockpit, Canadian airlines have been told to have two people in the cockpit at all times. A wise precaution. What a terrible experience for the pilot to know they were going to crash and not to be able to do a thing about it. Poor man. I haven’t yet heard any explanation, if there is one of course. The picture is the black box (why black when it’s red or orange?).

We have just had supper – Thursday night – and it occurred to me you might like to try this recipe. I dislike canned tuna, but Matt invented this way of serving it and I love it. To translate, if you French isn’t too good, I called it Tuna Matt’s Way. 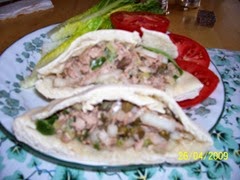 1. Pita Bread
2. Mix well. Cut two Pita breads in half, open each half to make a pocket, line with shredded lettuce and fill with mixture.
3. Serve with tossed salad greens