To my Canadian friends, I hope you are enjoying Civic Holiday today.

An author friend, Glenda Larke, sent me a hard back copy of her newly reissued book Havenstar which was a gift because I had done some proof reading of her electronic version of this same book. She 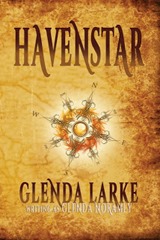 had written some nice words in it for me and then, much to my surprise and excitement, I was also mentioned in the dedications. I was so excited. That has never happened to me before. Havenstar was Glenda’s first book and shortly after it was published, the publisher went belly up so the book went out of print fast. I was very lucky that a friend in the UK had kindly sent me a paperback and it soon became a favourite book. Don’t get me wrong I love all of Glenda’s books, but something about Havenstar resonates with me and with many others too apparently, Glenda has written that she wished she knew what it was so she could do it again. If you’ve never read it, I can’t recommend it highly enough, it is available both electronically at Smashwords (believe it will also be available at Amazon) and in both paperback and hardback at Amazon and other places where books are sold. I understand some of her other books will soon be available as ebooks.

In 2011 I wrote about pink slime for the first time which is what Jamie Oliver, British chef, calls meat products which are basically inedible but which are ‘washed’ in ammonium hydroxide and used to make burger meat. I read, over the weekend, that now MacDonald’s who were one of the biggest users of this product, have decided to not do so any more although they swear it is nothing to do with Jamie Oliver who has been ceaselessly campaigning against this for several years now. This is the article I read: 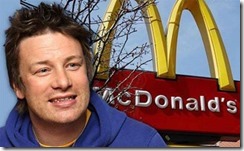 the largest fast food chains in the world. After Oliver showed how McDonald’s hamburgers are ma...de, the franchise announced it will change its recipe.
According to Oliver, the fatty parts of beef are “washed” in ammonium hydroxide and used in the filling of the burger. Before this process, according to the presenter, the food is deemed unfit for human consumption.
According to the chef and presenter, Jamie Oliver, who has undertaken a war against the fast food industry: “Basically, we’re taking a product that would be sold in the cheapest way for dogs, and after this process, is being given to human beings.”
Besides the low quality of the meat, the ammonium hydroxide is harmful to health. Oliver calls it “the pink slime process.”
“Why would any sensible human being put meat filled with ammonia in the mouths of their children?” asked the chef, who wages a war against the fast food industry.
In one of his initiatives, Oliver demonstrates to children how nuggets are made. After selecting the best parts of the chicken, the remains (fat, skin and internal organs) are processed for these fried foods.
The company, Arcos Dorados, the franchise manager in Latin America, said such a procedure is not practiced in the region. The same applies to the product in Ireland and the UK, where they use meat from local suppliers.
In the United States, Burger King and Taco Bell had already abandoned the use of ammonia in their products. The food industry uses ammonium hydroxide as an anti-microbial agent in meats, which has allowed McDonald’s to use otherwise “inedible meat.”
Even more disturbing is that because ammonium hydroxide is considered part of the “component in a production procedure” by the USDA, consumers may not know when the chemical is in their food.
On the official website of McDonald’s, the company claims that their meat is cheap because, while serving many people every day, they are able to buy from their suppliers at a lower price, and offer the best quality products.
In addition, the franchise denied that the decision to change the recipe is related to Jamie Oliver’s campaign. On the site, McDonald’s has admitted that they have abandoned the beef filler from its burger patties.

I’m not sure why, I have never eaten one of these, but this cake really appealed to my taste buds and it would appear to be very easy to make. It was in an email from Food and Wine so thought I would share it. Because I am trying to lose weight, I won’t be making it any time soon, but I will put it aside to be made at a later date.

Ligurian olive oil is ideal in this lovely, light cake, because it’s more delicate and buttery than many other Italian oils. 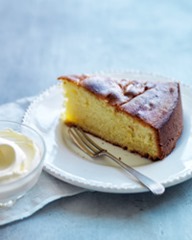 Make Ahead The cake can be stored at room temperature for up to 3 days.