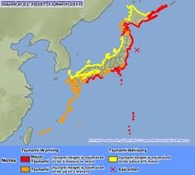 A friend sent me an interesting link to a video taken during the major tsunami in Japan in 2011, I don’t know why this video has only just surfaced, but although long and not the best camera work I found it fascinating to watch. Apparently embedding is disabled so here is the link. It’s worth watching, it is nowhere near as dramatic as many of the videos which were, and still are, available, but this was obviously taken inland and shows just how the devastation spread. What astounds me is the warnings, the official truck patrolling presumably telling people to get to higher ground or something and yet people appear to be taking little or no notice. Not even the cameraman. And the garbage!!!

National Geographic sent some links to lots of fantasti

c lion pictures, but this one tickled me, it was titled, Yes Lions do have Bad Hair Days. Some of the pictures were surprising, pictures of male lions playing with one another (these two maybe), I thought once they got to a certain age they left to form their own prides. Maybe these two were still quite young. They sure don’t believe in share and share alike when it comes to food, but the dominant male hardly has to do anything, just walk over to the food and everyone else vanishes. The link is HERE and it’s well worth watching. 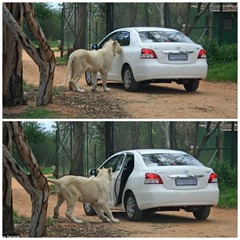 Talking of lions, there were a couple of pictures on Facebook of a lioness walking up to a car (in a safari park) and pulling open the back door with her mouth.  Despite being told, the occupants hadn’t locked all their doors. They were somewhat shell shocked I guess as apparently it took them a while to wake up and drive on. The lioness chased them all the way to the gates. People can be such idiots. There was a video, a while back, of a man getting out of his car to walk over to a pride and take pictures. He never made it back. His family had the pleasure of watching him being mauled to death.

Another vegan recipe. I like white beans and this sounds like a tasty recipe. D’you know, I have some spinach, I might just adapt this recipe using it.

Source: Food and Wine
The Good News Low in fat but high in protein, beans are one of Joe Bastianich's favourite ingredients. He uses white beans here, but he also loves making this recipe with chickpeas and flat gigante beans: "The bigger and creamier the beans, the better." 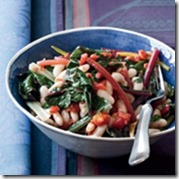 DIRECTIONS
Bring a saucepan of water to a boil. Add the chard and simmer over moderate heat until tender, 8 minutes. Drain the greens and gently press out excess water.

Season the stew with salt and serve.