We have been putting off cleaning the silver for a while, a whole load o

f excuses, but finally, Saturday morning, we got down to it. Part way through, I am standing at the sink, and I suddenly get the most excruciating pain in my lower leg, in the front. I literally couldn’t walk for a few moments. Matt then helped me to a chair and for the next hour or so it kept coming and going. Eventually it decided to go altogether, but that was the most painful hour I ever remember. No idea what it was other than one of those strange pains you get with diabetes. Could also have been vascular. No real idea. All I can really say is “ouch”.

Life isn’t treating me too well. I like horseradish with my beef, but I do like it really hot so it brings tears to one’s eyes. I can’t seem to 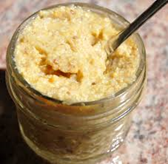 find one – had one fairly good one but didn’t make note of the name – bought a new one last week and tried it on Saturday night, yuk, it was horrible, it tasted so sweet I wanted to upchuck. Why on earth would you need sugar in horseradish? Revolting stuff. I know that fresh horseradish doesn’t keep its pungency for very long, but adding sugar won’t help. There are markets around here with quite a few Germans or Mennonites, who sell homemade horseradish. It is great, but it doesn’t retain it’s heat for very long unfortunately. I guess I need to buy a root and grate it when I need it. I wonder if it freezes. It seems, in Ontario anyway, they don’t like really spicy horseradish. 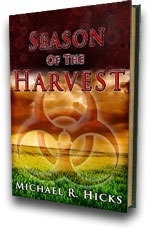 I was raving about Michael R. Hicks and his books last week – his In Her Name series, one of which is not yet available. As I said, great stories. Then I started reading another series by him Season of the Harvest which I have just finished. The story is very edge of the seat, and this time the aliens are NOT sympathetic one little bit. The first book would stand alone, but in fact there are two more, once again the last one is not published. It is due summer of 2013 so any time now I guess. Summer isn’t quite over, not that it ever really started here. Have had a few nice days recently. I must be honest, I don’t enjoy days of sweltering heat, so I shouldn’t really complain.

The following recipe from Cooking.com for a barbecue sauce looked good enough to share. Personally I would omit the yellow mustard and add Colman’s mustard powder. That would make it really spicy. I think I would omit the grape jelly, but that is a personal preference, I don’t like grape jelly. Actually I don't like yellow mustard either, horrid stuff. I make my own mustard with mustard powder. A note for my British readers, when something is what we would call hot, it is usually referred to as spicy here.

Pick your favorite protein - this easy barbecue sauce is delicious on any meat of choice! 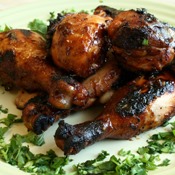 DIRECTIONS
Combine all ingredients in a sauce pan and slow simmer for 30 minutes.
Enjoy