Hilary Melton-Butcher, in her recent blog, mentioned singers and the fact that once upon a time they didn’t have microphones and 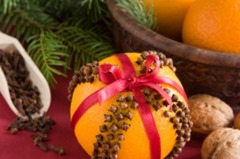 therefore had to have very strong voices. Something we don’t often think about. We take mikes for granted. However, having started thinking about it, I carried it quite a bit further. I love to read Regency stories, but most writers gloss over the conditions in which they lived. If you were rich enough and had servants you could get them to fill a bath for you in your room, but this didn’t happen very often even for the richest people, as for ridding themselves of bodily wastes, in their bedrooms they used chamber pots at night, I am not quite sure what they did during the day. Water closets were popularised by Thomas Crapper, whom many people believe invented the flushing toilet, I know I did until I started researching. They began to appear in the better homes at the end of the Regency period. The poorer classes would have had little or no access to baths or toilets so their smell necessitated the use of pomanders among the richer classes, the smells must have been atrocious although the poor obviously were inured to it. Pomanders were often made of oranges stuck with cloves. They were also believed to be a ward against disease.

In earlier times, such as Elizabethan, the time of 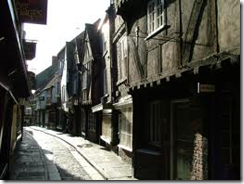 Queen Elizabeth I, slops of all kinds were flung out of bedroom windows into the streets which were not, of course, paved. In order to protect passers by, they built houses where the upper stories projected into the street and foot traffic could walk underneath. Reading about flush toilets, it appears that they had been available from quite early times, not as we know them of course. I quote from Wikipedia circa 31st century BC: Britain's oldest neolithic village, Skara Brae, Orkney, used neolithic hydraulic technology. The village's design used a river and connecting drainage system to wash waste away. So it seems the Scots were ahead in terms of sewage disposal.

Even when I was a kid, most people didn’t bathe every day and not 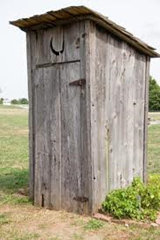 all homes had a toilet inside their houses. Some had flushable toilets which were added on at a later date perhaps and which, to use, necessitated braving the snow and ice in the winter. Sticking to the seat was not unheard of. In Canada, many country homes, particularly farms, had outhouses without flushable toilets until quite recent times. These are all things we don’t think about and tend to take for granted the facilities that are available to us nowadays. I have stayed in places with outhouses and wouldn’t use them at night unless Matt came with me, I was afraid of bears for a start and I always figured there could be snakes too. Just my imagination I think (hope). Last time I came across such things was in the Dominican but I have no doubt there are still lots of places in Canada without indoor plumbing.

The following is a recipe from Kevin at Closet Cooking. I thought the picture looked mouthwatering. 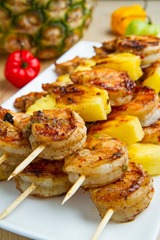