There’s a song which I heard whilst typing yesterday, I have heard it many times before, and there is a line which says something like “if perhaps I say a name which perhaps is not your name” and then asks for understanding. No way, more likely to get a slap upside the head. A couple of times when we went to the UK for a visit, we stayed with Matt’s ex wife and the first time we were there, he called me Dinah practically the whole time. Not only was I furious, I was also somewhat hurt.

We finally found Vincenzo’s new home, boy what a store! Much better than they used to be and they 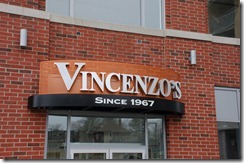 had absolutely anything a good cook could desire. We bought some Borgonzola which is what we were looking for, we also bought some fresh dumplings to try, chatted to the owner of the dumpling section and she told us a story about when she and her sister were kids her dad used to make them prepare dumplings when they got home from school and how they hated it and wanted to go out and play like the other kids. Today she lives in Canada and sells dumplings and her sister also sells dumplings (not sure where) and they make a good business of it plus they both realise the importance of carrying on such traditions. You should see the cheese counter these days, I don’t think there is any cheese they don’t have including the St. Agur Blue which I bought in Niagara last week. They have whole wheat rolls there which Matt says are cheaper than we buy normally at the grocery store, about 15¢ a bun difference. They had some genuine Italian Mascarpone which I bought, the stuff made here has preservatives which give a sweet flavour to the cheese, me no likee. They sell Barrie’s asparagus there too but it’s a nice ride out to the farm. Will soon be the end of the season I think.

We also took recyclables back to the beer store, anything from wine bottles to beer cans. We get about $5-$6 back usually. Today there seemed to be dozens of people taking back cases and cases of beer empties. Matt said the guy in front of him got $56.80 – boy some people drink a lot of beer, it used to be a joke in the UK about having a party on what you got for the empties, I think some of these people I saw yesterday could have done just that. 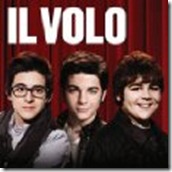 young tenors I was raving about several weeks ago. These are two 16 yr. olds and a 17 yr. old who sing like adults and have the most wonderful classical voices. I already have a CD of theirs and plan to buy more when I can. They were given time on Good Morning America (before PBS, that does surprise me) which will start them off on their North American career. They are already well known in Europe. There were discovered on a show similar to American Idol I learned this morning.

I promised this strawberry recipe for today, it says digestive biscuits, over here we would use Graham wafers although you can sometimes obtain digestive biscuits (cookies) here. This is supposed to be a Wimbledon recipe. You might get berries and cream there, but I doubt you would get a cheesecake actually at Wimbledon. Not that I know, I have never been. Many years ago, when I used to go to the Derby on Epsom Downs in England, you could get strawberries but not the cream.