Sorry no Thursday blog, but having been awake for such a long time on Wed. morning worrying about the surgeon and Matt's foot, I ended up going to bed VERY early. Although funnily enough I am still tired.

I finally heard from the surgeon's office. We were told Matt could wean his foot out of his air cast (he hadn't been wearing it for 2 1/2 days) as he had told us. He most certainly didn't tell us anything of the sort. His instructions were to start wearing shoes and Matt could do anything he liked, such as bowling. Anyway, the physiotherapist was here today and she agrees with us that as Matt has not been suffering much pain from his ankle, if any, he can leave the boot off, unless he starts feeling a lot of pain. She got him doing his exercises including a new one and I think she has got through to him how important they are. I hope anyway. I got him to do them all again later in the day. Long may it last. We both went to the bowling alley on Wednesday afternoon and Matt tried a couple of balls but felt his balance was off so he stopped. As an aside to Helen Venn who is also wearing a boot, Matt's fracture was not a very major one which is probably why it has healed so well, so quickly.

As for bowling I averaged one point below my recorded Monday average but I only bowled two games. I wonder what would have happened if I had bowled all three. I am being a bit inconsistent, I 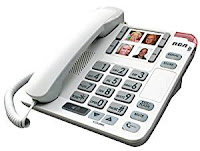 Matt has always had trouble with electronics of any kind and having left him a few times knowing he probably couldn't remember how to call my cell phone, I decided to buy a phone he could use. Actually I thought it was a good idea, I can put pix of me (cell phone) and his daughters on there and maybe a local friend.

Been having trouble with my Tablet lately too and now it seems to not be taking a charge any more. Looking at one at Walmart which would do me. Still gonna cost me $100 bucks though. Holding off for the moment.

I had a recipe all lined up and then I came across this tonight and thought it sounded delicious. Maybe not for breakfast but lunch or even supper. I would certainly eat it for breakfast but not sure I could be bothered to make it at that time of day.

1. Bring a large saucepan of water to a boil, then toss in 2 peeled Russet potatoes. Cook the potatoes 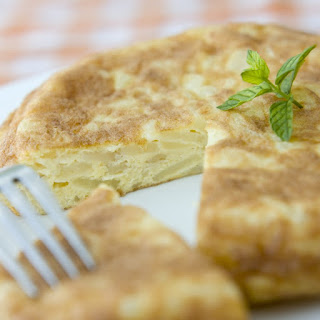 for 10 minutes, then fish them out of the water and turn off the heat. Let the potatoes cool a bit, then move them to a cutting board. Slice the potatoes very thinly (think less than ¼-inch).

2. Heat a large skillet with plenty of olive oil over medium high heat. Fry the potato slices until golden brown, about 2 minutes per side. Depending on how large your pan is, you may need to fry the potatoes in shifts. When the potatoes are golden brown, turn them out onto a plate lined with paper towels. Wipe out the skillet and set aside.

4. Heat 2 tablespoons more olive oil in the skillet over medium, then pour in the egg and potato mixture. Let the mixture cook for at least 5 minutes before checking underneath to make sure it’s cooking. Now, with confidence, flip the rafanata out onto a plate so the cooked side is exposed (the best way to do this is to place a large dinner plate over the pan, then flip the pan, catching the rafanata). Slide the rafanata back into the pan, cooked side up, and cook for another 3-5 minutes.

5. Slide the rafanata out onto a serving plate and slice into wedges. Serve with sour cream, mustard, or solo.