For those of you to whom I mentioned the groundhog biting the mayor, it happened in Sun Prairie, Wisconsin. There is a video of it actually happening. Mayor says he is going to wear ear muffs next year.

I had a wonderful surprise on Monday, a very good friend sent me a copy of one of her books. Totally unexpected. It was intended to cheer me up after the rotten start we had had to 2015. I was delighted. 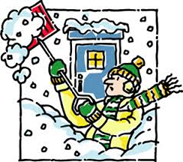 league bowling for Monday. However, Matt and I didn’t want to miss bowling and the roads didn’t look too bad, so we went. As it turned out, so did three more of our league and another couple who bowl on Mondays as well so we had enough people to make up a couple of teams. There was quite a prang (by the look of it) at the junction of two roads we have to cross, so we ended up going through the parking lot of one plaza, through the garage courtyard, across the road and then into another plaza, round the back and then out onto the road we wanted. There were so many emergency vehicles I imagine it took quite a long time to open the crossroad up again.

Not our greatest achievement in bowling Monday, but not being league play it didn’t matter. We had fun and of course, bowling so many balls, we got our exercise as well.

on Tuesday, but it turned out her son was coming to town and as she doesn’t see he and his wife very often, she postponed our trip. Fine with me. So next week to see the bear. I am really looking forward to it. I plan to buy the DVD when it comes out too.

They are talking more snow for today, Wednesday and we are going for Matt’s free lunch at the Mandarin. I hope we won’t have to cancel. I don’t know if the restaurant will give us a “snow day”. Then, of course there is the cosmic bowling party on Thursday which I would hate to be ruined because of the snow. Of course Matt is 80 today.

This vegetarian recipe sounded a good one to me and as we have a lot of extra taties in house, maybe I will give it a try. This is a Cooking Light recipe which appeared in My Recipes today.


For a low-calorie vegetarian option, try these crispy, pan-fried potato and mushroom croquettes.

1. Place potato in a pan; cover with water. Bring to a boil. Reduce heat; simmer 8 minutes or until tender. Drain. Press potato through a ricer or food mill into a bowl.
2. Place mushrooms, leek, and thyme in a food processor; pulse until finely chopped. Heat a large skillet over medium heat. Coat pan with cooking spray. Add mushroom mixture; cook 6 minutes, stirring occasionally. Add mixture to potato. Add Gruyère, 2 tablespoons Parmigiano-Reggiano, salt, pepper, and egg yolk; stir until blended. Shape mixture into 8 (2-inch) round patties.
3. Place flour in a shallow dish. Combine egg white and 2 teaspoons water in a shallow dish, stirring with a whisk. Combine remaining 2 tablespoons Parmigiano-­Reggiano and panko in a shallow dish. Dredge patties in flour. Dip in egg mixture; dredge in panko mixture. Heat a large nonstick skillet over medium-high heat. Add oil; swirl to coat. Add patties; cook 4 minutes on each side or until golden.