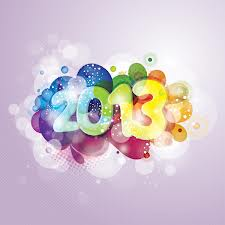 I don’t bother with New Year’s resolutions any more, I have never kept any for very long. I liked the idea presented by Tina at Life is Good to choose a word for the year, this year her word is contentment. A lot of what she wrote reminded me of the Eastern philosophy of living in the moment. I have a book called The Wisdom of Thich Nhat Hanh which goes deeply into what is known as Mindfulness which helps to bring peace and contentment. I always like the example, when you are washing dishes, wash dishes. In other words don’t be mentally doing anything else but concentrate on what you are doing. As I have never enjoyed washing dishes, its an exercise I have problems with. Maybe I should work at it a bit more. Some tasks are easy to do wholeheartedly and to be totally mindful of. So, OK, my 2013 word is Mindfulness. 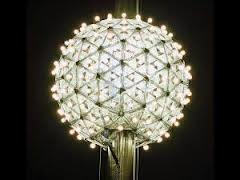 all had messages of peace this year. It was possible for people to send messages to Waterford through Facebook and Twitter yesterday in order to be involved in the celebration. For the first time, Dick Clark did not take part. Since his stroke he hasn’t been a well man and I always thought he should have retired some time ago. They released confetti too, glad I don’t have to clear up the mess.  That ball is worth a small fortune by the way with all its Waterford crystal panels.

Much to my surprise, my new phone for the computer room arrived. I didn’t expect it til Wednesday. It has its own answering machine so the one we use has been put away. Bit daft to have two of them though. At the moment the New Year is starting off well. No outstanding problems from last year.

I love oysters and thought this recipe sounded good for this time of year. I thought it was a misspelling of the traditional recipe until I read the intro. Not that I associate oysters and champagne with rap but it seems I am wrong.

"We created this dish as an homage to Jay-Z. He inspires us," says Mario Carbone about the rapper and cofounder of the Roc-A-Fella record label. "The original dish was named for John D. Rockefeller. He was money back then, and to us, Jay-Z is money in New York City now." Carbone tops the oysters with a tangy vinegar-shallot mignonette, plus a Champagne-infused foam and frozen Champagne grapes.

Egg-white powder is available at health food stores and most supermarkets.

Carbone and Torrisi pair Jay-Z's favorite Champagne, Armand de Brignac (a.k.a. Ace of Spades), with this dish. Domaine Chandon's NV Brut Classic is also terrific and much, much less expensive