A to Z Challenge on Thursday. Amazing how one forgets some of these items although at the time they seemed such major things. Whenever someone produces a list (they often do it in the Oscars) of well known people who died during the previous year, I am usually totally surprised although I was aware of the event when it happened. One thing Stephen reminded us of was the Higgs Boson which caused so much excitement when they first figured they had discovered it. I blogged about it at the time. It staggers me how easily these things slip away from one’s memory, maybe because one doesn’t need to remember it for any length of time. That’s my excuse anyway. 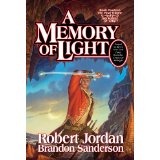 next week – for those of you who haven’t been following the Wheel of Time series, I guess you could say I have been waiting for this book for 20 years. I phoned the library to try and get on the waiting list early, much to my disappointment I ended up as 12th on the list. However, the librarian assures me there will probably be quite a few copies, I do hope so. I just looked it up on Amazon and its only going to be $20, that seems very inexpensive, I am surprised. Didn’t check on a Kindle version. I must admit I am very tempted to buy the book at that price. I have one or two of them, a couple in Kindle, one in hardback, the Kindle copies I got on special deal, the hardback because when I decided to re-read them all the library didn’t have that particular book.

Just learnt something which surprised me, do you know which country has the fastest average internet connection speed? It’s South Korea.

We watched The Karate Kid last night, haven’t seen it in years. It’s still a good movie. Wax on wax off has stuck in my mind and that of many others since the film was first shown in 1984. They were also showing the second one last night, but it went on pretty late and we are bowling today, first time since before Christmas. I know there is a remake, but I haven’t seen it. To me Pat Morita was the perfect Mr. Miyagi – I cannot see Jackie Chan in the part. I really wanted the karate instructor to get his comeuppance, but other than his students being beaten, he didn’t

We are always looking for recipes using pork tenderloin, or should I say Matt is. He usually buys beautiful looking tenderloins at Costco and then doesn’t find that many recipes. Here is one I will pass on to him.  Only ingredient we don’t have is chipotle. 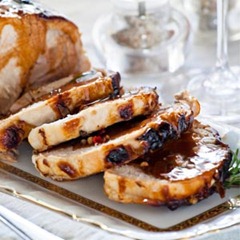