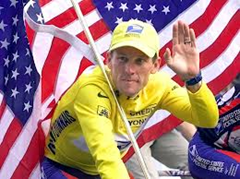 So he finally admitted it – I didn’t see the programme, but its all over the news. I don’t know what that will mean to his future, I have heard of civil action suits and he has already lost all his titles etc. I gather he claims everyone does it. I was never very interested in the Tour de France anyway, but I know he was a hero to many people especially with his cancer record and the Livestrong movement which has been damaged by all this, although I gather they are able to carry on. I know one friend of mine really thought he was great at the time, she must be very disappointed. Haven’t discussed it with her.

As you may recall, I have been treated for a urinary tract infection since August and have had 9 lots of antibiotics which caused me other

problems too. Friday I went for a cystoscopy and a chat with a urologist. He said I shouldn’t have been given so many antibiotics without a culture being done. Upon examination he said there wasn’t any sign of infection in my bladder anyway. He defined it as an overactive bladder and gave me some pills to help. I think I am also going for an X-ray on my kidneys just in case. However, he gave me a short list of things I should avoid for the time being because they can aggravate the bladder. Smoking, caffeine, citrus, spicy foods and alcohol. I don’t smoke, I drink decaf, and don’t drink orange juice or anything, but alcohol, that’s a different kettle of fish. Means I shouldn’t drink my wine. We drink some wine on Saturday nights, looks like I will have to lay off it for a while. Mind you for this dinner we are going to on Sunday at the Legion, I cannot possibly lay off. I will be good afterwards.

Do you watch Jeopardy? We do religiously. Right now the 2 day champion is a young woman from Toronto and a local radio announcer, Randolph J. Johnson, said he was at school with her. He is the DJ to whom I talk when I give recipes out on the radio now and again. The first night the champion, don’t remember her name, won $40,000 odd and $16,000 odd the second night. I really thought she was going to be beaten, but in final Jeopardy she had the answer and her closest competitor didn’t. 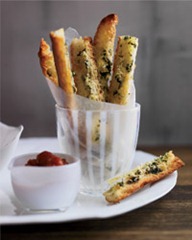