Headline says Toyota are recalling 7.4 million cars because of a faulty power 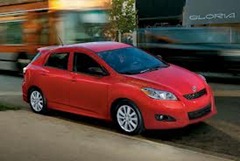 window switch. About 240,000 are being recalled in Canada. It is a voluntary recall so I guess if you don’t have the problem, no point going in. But it appears that Toyota have been having some quality control issues over the last few years which doesn’t augur well for what was once an excellent reputation. Maybe they are getting too big and spreading their manufacturing too thinly. I believe, but could be wrong, that they don’t have quality control issues with completely Japanese made vehicles. The article lists which years and models are, or could be, affected, there are quite a few of them.

We went to the Mandarin Restaurant for lunch yesterday and I had forgotten it was the Moon Festival this week. Supposed to be in the 10th month on the 8th. They had a number of items which were special to the celebration including a smoked fish in sweet and sour sauce which was delicious, an Oriental Salad, which I didn’t try and several desserts including Moon Cakes which I had always wanted to try, Pomelo, Black Sesame Ice Cream and something called 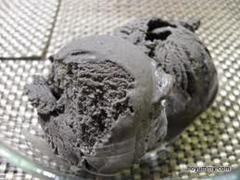 Longan (I think) which I didn’t find, having googled I have discovered the other name is lychee which I have, of course, eaten many times. The daughter of a friend spent a year in China for her gap year and I always remember her describing Moon Cakes as disgusting. Assuming these were a genuine recipe and not changed for Western Tastes, I thought they were delicious. The Pomelo looked and tasted a bit like a grapefruit (probably because it is and I shouldn’t have eaten it because of meds) and the Black Sesame ice cream was delicious too. If it hadn’t been at the other end of the restaurant, I would have got some more, but my legs were tired of all the walking. Our lunch, by the way, was courtesy of a gift certificate we were given for our anniversary last month. Thanks guys.

What a terrible thought, the Brown Marmorated Stink Bug has travelled up from

the States and is now in Hamilton, Ontario, which is only an hour from here. It is not dangerous to humans as such, but they attack crops and destroy them both with their eggs when they hatch, plus eating the crops themselves. Apparently this is an Asian bug which they think may have travelled to the States in containers and it is an inveterate traveller. It is to be hoped the cold weather will deal with it before it spreads too much here, but from reading the article, I don’t hold out too much hope. Not only that, if one gets squished the stink attracts more of its species.

Naturally I had to look up a recipe for Moon cakes, maybe later this week I will look for a black sesame recipe. I don’t have an ice cream maker unfortunately.

Mooncakes are the highlight of China's annual Mid-Autumn Moon Festival 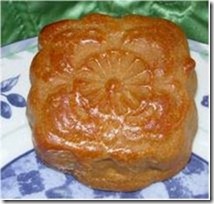 Mooncake recipe - A recipe for mooncakes, the Chinese snack traditionally served during the Moon or Mid-Autumn Festival.
Learn More about Mooncakes and the Mooncake Festival

Filling Instructions: Soak red beans in water to cover 2 hours. Drain and discard the water. Cover with 8 cups fresh water and bring to a boil, then simmer over low heat 1-1/2 hours or until skins open. Strain the beans and discard the skins. Place the strained beans in several layers of cheesecloth and squeeze out any excess water.
Place in a saucepan with the lard or oil and the sugar. Cook, stirring continuously, until almost all the moisture has evaporated. Let cool.
Dough Instructions: You will need 2 cups of filling for the mooncakes. Divide this into 20 portions and shape into balls.Mix ingredients for the water-shortening dough and the flaky dough separately until smooth. Divide each dough into 20 equal portions.
Wrap one portion of flaky dough inside each portion of water-shortening dough. Roll out each piece of dough, then fold in thirds to form three layers. Roll out again, and once more fold in thirds to form three layers.
Flatten each piece of dough with the palm of your hand to form a 3" circle. Place one portion of filling in the center. Gather the edges to enclose the filling and pinch to seal. Place the filled packet in the mold, gently pressing to fit. Invert and remove the mold.
Dilute red food coloring with water and pour onto a damp paper towel on a plate. Take some food coloring onto the cookie-design stamp, then press on top of the mooncake.
Repeat process for remaining mooncakes. Arrange mooncakes on a baking sheet. Bake 20 minutes at 350 degrees. Let cool before serving.