Yesterday it snowed all day, began to look really lovely and wintery. Almost like Christmas which of course it missed. However this morning we have warmer temps and are supposed to get rain so how long it will all last, I have no idea.

I am ashamed of myself, I have been getting English history lessons from an American, Sia McKye. We have been talking of King

John about whom I know very little – as I said to Sia – history was not my forte at school and I guess what I have learned since has generally stuck to particular periods of time and not covered everything. I had no idea that John had had his problems with the Pope as well as Henry VIII of the 6 wives fame. I was not the world’s best student, I had many more things in which I was interested when I was at school and I don’t think my father really believed girls needed much education (old school) and if he wanted to sail across the seas removing my home and therefore me with it, it never occurred to him not to do so. It always staggered him in later life that I could hold my own in an intelligent conversation with people he considered somewhat erudite. My mother was an intelligent woman but came from a generation where it was considered better to downplay that side of her nature. Makes me wonder where I got my somewhat feminist ideas from.

Monty on TV both of which I enjoyed again, Matt didn’t watch Happy Feet and thought little of The Full Monty which did surprise me, I thought he would enjoy it. I haven’t seen Happy Feet 2 yet. I had forgotten much of both movies. I though Mumble was an adorable character. From the reviews, it sounds like his son cannot dance in the second movie.

Last night I made ham and bean soup for supper, it was pretty good. Only used up 2 cups of ham though, so we still have some left, not much though. I found recipes which involved soaking white beans and then cooking them with a ham hock, etc.etc. I am quite sure they would be good soups, but I decided to take the easy way out. Still not up to much in the way of cooking or doing much else. 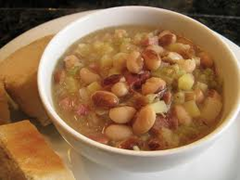 We chopped all the vegetables and then added them to the stock -with the mustard and bay leaves. I simmered them for about 1/2 an hour until the vegetables were done. I then added the beans and ham and adjusted seasoning to taste. Don’t forget ham adds salt so be careful. Serve with crusty bread and enjoy, we did.