Friday – a theme park of lifelike chocolate exhibits. There is a video of some of the exhibits including a copy of the underground terracotta army of Emperor Qin all made in chocolate. Of course the one that appealed to me was the chocolate dragon. Now I’d be in trouble, I love chocolate but wouldn’t want to spoil the dragon. What on earth would I do?

What’s happening? Its Christmas, and everyone is getting sick. The other night someone told me of a friend with shingles, then I phoned a close friend o 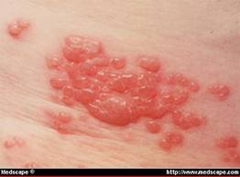 f ours who has shingles as well. She is not a happy camper as it has completely screwed up Christmas for her; she is not allowed near children, people undergoing chemo and people who have had chicken pox including her husband. Chicken pox apparently makes you more vulnerable, Matt and I have both had it. Shingles is a miserable disease and one which can become pretty serious if it attacks the waist area. My friend’s best friend’s hubby is on chemo and of course for Christmas lots of grandkids would have been around. That puts the kibosh on Christmas Eve which is when they celebrate. Having Googled, it appears that if you had chicken pox before age 1 you are vulnerable, after that you are not. Think I will check with my doc, but looks like we could visit her.

Back to my own ailments I had an email from Let It Heal today; I hadn’t thought of them in a while as I basically found them somewhat expensive for regular treatments, however, I was suddenly reminded the Bowen Therapy would be great for bursitis so I have booked an appointment for next week. Keep your fingers crossed everyone.

Had an email from my local grocery store chain and they are offering Prime Rib at less than half price, that might be worth looking into. It is also shown nicely rare which you don’t often find here, unless Matt and I have cooked it that is, but most people we come across prefer their beef well done, obviously we know a few exceptions, but generally we don’t serve beef to people as I cannot bear overcooking beef which, to me, ruins it. I have mentioned before, Matt and I like our beef so rare that you can slap a Band Aid on it and send it back out in the field.

I am always looking for different pork chop recipes and I thought this looked quite easy and quite good.

Need a little summertime flavor? Try this swift recipe and enjoy a "barbecue" indoors. Make it a meal: Serve with coleslaw and cornbread. 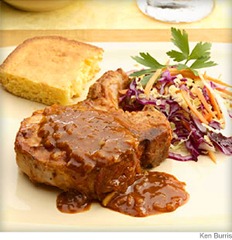