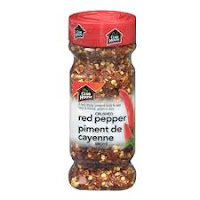 Our normal Tuesday shopping and boy was it ever crowded. Not usually so on a Tuesday afternoon. Not bad going through the store, but they only had to tills open and standing waiting is not my most pain free occupation. Finally they opened a third but they should have had them all open. One item I wanted was Crushed Red Peppers. I found a small jar which was about $8. I thought that was rather expensive, I then found a Club Pack which is about 5 times as much, for about $10. Guess which I bought? How ridiculous. I then hunted on line for the pictures and found that directly from the Club house people I could have bought the large pack for $5 something. Oh well.

We were going to have our flu shots today but after all that standing I just wasn't up to it. Will go tomorrow afternoon. Because of my bruise from the stumble the other day, I will have to have the shot in my bowling arm. Hope it is OK by Thursday bowling. Had our feet done this morning. My nails seem to have grown a lot faster this time.

Went to the library to pick up a couple of books and discovered I had three awaiting. Then I saw

another librarian with a book by Chris Hadfield called An Astronaut's Guide to Life on Earth. Bearing in mind that he is a local boy, I figured I had to read it. I am told it is a lot about his early life in Ontario before he ends up as Commander of the International Space Station. I now see he has actually written several books. Some on Engine Repair and Rebuilding?? With his busy life being an astronaut one wonders how he had time for things like repairing engines. I mentioned last spring that he had been to the asparagus farm that I go to and they had pronounced him a great guy. Would like to have been there to meet him. I believe his wife was with him. Had I been younger when all this space travel started, I would love to have got involved.

Looking for a different soup using Leeks I came across this one. It is, based on the usual Leek and Potato recipe. Not exactly what I was looking for. To store leeks in my fridge I have to chop off quite a large chunk of the darker ends and I was looking for something to do with them rather than throw them away.

A simple yet tasty alternative to potato leek soup. Great for those watching their carbs or calories, or 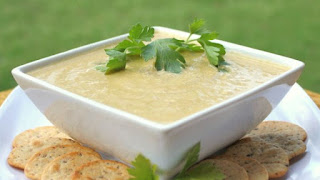 1. Heat the olive oil and butter in a large pot over medium heat, and saute the leeks, cauliflower, and garlic for about 10 minutes. Stir in the vegetable broth, and bring the mixture to a boil. Reduce heat, cover, and simmer 45 minutes.

2. Remove the soup from heat. Blend the soup with an immersion blender or hand mixer. Season with salt and pepper. Mix in the heavy cream, and continue blending until smooth