There is a joke going round to the effect that if most of us were as wrong in our jobs as meteorologists are, we wouldn’t have a job any longer. Tuesday night we were supposed to have freezing rain, 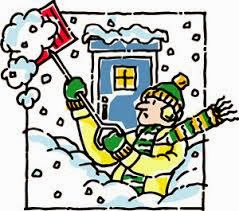 Wednesday night it was snow. Admittedly it did snow on Thursday morning but they said night time.  It has also been forecast that we will be getting more winter weather at the end of the week. It certainly seems to be getting pretty cold.  Funnily enough I read an interview from some time ago where I said very much what everyone is saying today about being fed up with the snow and having to shovel so much and that interview was several years ago. People say this is the worst winter ever, but we remember weather like this when we first arrive in 1975 it seems it has been in cycles which weather apparently does anyway. I just wish we could both cross country ski any more. It would have been an ideal winter for that pastime. 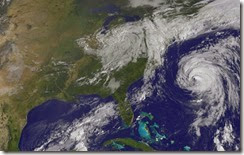 s When Civilization Will End, And It's Not Looking Good for Us. I have read some scary things about the future, but this isn’t very far away. It is a situation we possibly can do something about but as the article points out, we probably won’t. Personally I am not sure it wouldn’t be too late anyway. I am not quite sure what a hurricane picture has to do with it unless to convey an approaching storm.

Another report from National Geographic is about a great white shark called Lydia who is the first shark to ever be tracked crossing the Atlantic. They are wondering if she is the shark ever to make the crossing. Since being tagged in 2013 Lydia has swum 20,000 miles and from various observations, scientists are beginning to wonder if all the great whites are just one big family. Lydia is closing in on Cornwall, England’s southern coast, I hope the English know about her. I personally don't associate the Cornish coast with great white sharks.

Here’s a really easy recipe, what could be simpler? Your kids will love helping you make these peanut butter-graham treats. Makes 4 servings of 2 cookies each.

Instructions
Have a great day.