This is mostly about sleep tests so if you are not interested, I suggest you skip it – maybe check the recipe and come back tomorrow.

Yesterday I went to consult the doctor at the Sleep Clinic. Having done a sleep test with them a few weeks ago. The upshot is my 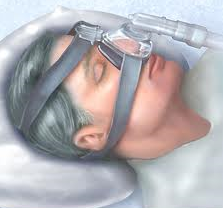 condition is mild and I have hypopnea. This necessitates the use of a CPAP machine. I will go to a lab which will fit me with one and I am to try it for a month to see if a) it makes a difference and b) I can sleep with it on. Assuming things are better and I can use it, I have to go for another sleep test with it and then a final visit with the doc. Reading up on the possible problems which can arise from the use of this machine, it seems one can have a few reactions to the air being blown into one’s nostrils. I heard from the Sleep Management clinic and I have an appointment for the 24th when they will fix me up. Then we shall see. CPAP means Continuous Positive Air Pressure by the way, I didn’t know that before. When I first noticed the word I tended to read the second letter as an R!! You can get one which covers the nose or one which covers nose and mouth. The machine to which it is attached is supposed to be a bit noisy so they suggest you place it under the bed. They are also very expensive so thank God for insurance.

It’s about a month since I went for the sleep test, I thought I had

written about it, I didn’t, so, for the  benefit of anyone who is planning to go, this is what happened. When I arrived, they asked me to prepare for bed at 8:30 p.m. They weigh and measure you then proceed to load you up with monitors all over the head and chest and even on the legs to check on the possibility of Restless Leg Syndrome. Amongst all those patches there are several which are stuck onto the head with a kind of cement. They then send you back to your room where, in my case, I read until at 10:00 it was time to get into bed at which time you are finally plugged in to a unit on the wall. They run a couple of tests asking you to roll your eyes and blink them then some breathing and to move the legs. I had to have one wire replaced as it wasn’t working right. You also have an oxygen monitor on your finger. They have computers which can see everything going on in the bedrooms. Lights go out at 10:30. It took a little while to get off, but once I had done so I was sleeping pretty well except they had to wake me because the oxygen monitor had fallen off my finger. I was told if I needed to go the loo to just sit up which I did and the tech came in straight away and unplugged me from the wall I then hobbled into the bathroom carting a load of wires in my hand. They wake you about 5:30 a.m. and start removing all the wires. The connections in your hair are attached with a kind of cement which dissolves in warm water. I was thinking of showering but ended up just using a wet towel to remove what was left in my hair. Glad I didn’t wash my hair completely, their hair dryer was pretty useless.

This week we are somewhat saddened by the murder of

a man from Hamilton (about an hour away), Tim Bosma, who went missing a week ago. He was selling his truck and took two guys out for a test drive. His burnt remains were found yesterday. When we went out this morning we had no idea what the flags were for. Very sad for his wife and young baby. So far they have one suspect arrested. Tim was 32. Also, flags are flying at half mast locally due to the death of a local former Mayor, Lynne Woolstencroft. We saw them this morning but had no idea what they were for.

This recipe I found in a magazine which we get from our liquor store, the LCBO. I have made it lots of times and usually have a supply in my freezer for emergency occasions. 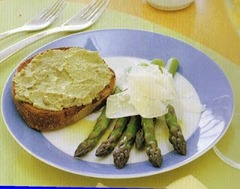 1. Cook asparagus until just tender. Refresh in cold water, then drain and dry well. Place asparagus, walnuts, garlic and salt in food  processor. Process until blended.
2. With motor running, gradually add olive oil, then add cheese and pepper. Blend together and check seasoning. Place in covered bowl.
3. It shows the recipe served on crunchy toasted French or Italian bread with a curl or two of parmesan on top and some asparagus at the side.
4. We freeze this in ice cube trays, then wrap the cubes in pairs (separated by Saran wrap), and put in a bag in the freezer until we need them.