What lousy weather on Monday, blowing, rain, chilly. Thoroughly yukky. Then my game was lousy as well, so was Matt’s. I guess it was just that kind of day. Snow was a probability but it doesn’t seem we got any. Snow is on the horizon for us any time there are lots of areas which have had the white stuff already.

Story on CBC news, they are now finding it possible to track some

awareness of people in a vegetative state and to obtain simple answers whilst they are in a functional MRI type of environment. It is a pretty horrible thing to find out that some, if not all, such patients have some awareness of their existence. I did wonder, reading the article, whether they are imputing answers that they want to find, like, is the patient in pain, the answer being no which is obviously what they want to hear. The research is being conducted by Dr. Adrian Owen of the Centre for Brain and Mind at Western University in London, Ont., who moved from Cambridge, UK.

Today we go for hearing tests and probably trial hearing aids. Sadly at our ages, one’s hearing degenerates even if deafness doesn’t 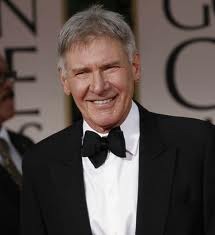 actually set in. Matt swears I mumble which is the classic response by people who’s hearing is somewhat impaired. I know my own hearing isn’t as good as I would like it to be. Told you, we are a couple of old fogeys. Trouble is, as my mother used to tell me years ago, one doesn’t feel old, OK things don’t work as well as they did, but I don’t feel any older now than I did 30 or 40 years ago. A good thing in a way I suppose. Just realised Harrison Ford is a septuagenarian too. doesn’t look bad does he? Matt and I both tend to look at people around here and think ‘look at that old person’ when they are likely the same age as we are.

These simple sautéed mushrooms work as a quick, weeknight side dish. To turn them into a main course, toss with cooked pasta and a 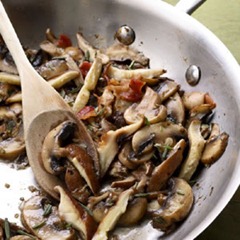 generous handful of Parmesan cheese or fold into an omelet with Gruyère, fontina or Swiss cheese.

Cook bacon in a large skillet over medium heat until just beginning to brown, about 4 minutes. Add mushrooms, garlic, rosemary, salt and pepper and cook, stirring occasionally, until almost dry, 8 to 10 minutes. Pour in wine and cook until most of the liquid has evaporated, 30 seconds to 1 minute.