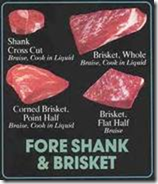 Following my recipe yesterday, I phoned around to see if I could buy brisket. It turns out that our regular supermarket doesn’t have it – they don’t cut their own meat. However, there are a couple of other supermarkets when I can buy one. I think I have to order when I want one though. Its odd, but I suppose these days most people can’t be bothered to cook those cuts which take longer to prepare which is a shame because they miss out on some wonderful meal. That is one thing I can thank my parents for, my father had far ranging tastes and my mother learnt to cook practically anything you can think of with the obvious result that I too have far ranging tastes and thank goodness, so does Matt. I cannot imagine living with someone who didn’t “eat”. I had an uncle who wouldn’t eat onions and my aunt had to do separate casseroles for him and for us when we visited. That particular occasion she had made a classic English Trifle for dessert and I thought she hadn’t put any cream on it. Little did I know that in the Channel Islands, where my aunt and uncle lived, cream was the same colour as custard. Delicious stuff, wish I could get hold of some right now.

We have some friends who recently won a big prize in one of our many lotteries here. They were telling us about their trip to the Toronto offices to collect their money. Once they got to the Ontario Lottery office, there were there for some 3 1/2 hours. That seems somewhat excessive. It would 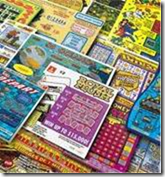 also present me problems as I have to eat at lunchtime. I guess I won’t buy any tickets just in case *g*. I gather they are pretty careful and you have to answer all kinds of questions, fill out forms, have your picture taken and so on, everything to ensure that you are the actual winner. Bearing in mind the ‘hoo' ha’ going on with the group of 19 from Bell Canada who won a $50 million prize and then had some of the other employees trying to muscle in, I can see why they are so careful. As you can see from the picture, there are an awful lot of ways to lose (or win) money in Ontario apart from those where you pick your own numbers.

I have been reading blogs by authors who’s books are being offered illegally on the internet for free. Do read Glenda Larke’s Tropic Temper post and the post she directs you to. I think its terrible that web sites carry illegal books and take no responsibility for the offerings posted on their sites. It is, plain and simple stealing. No-one would like to work hard for a year and then not get paid and yet people download freebies without giving a thought to the consequences.

In one of my ezines, Recipe du Jour, I got this recipe 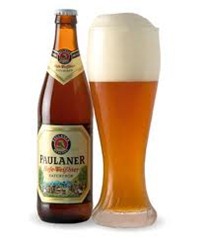 which I thought sounded great. As you know, I am in to soups of all kinds so I thought I might give it a whirl. There was no picture. So I found one on line. I haven’t a clue what wheat beer is, but I have no doubt I will find out. OK I Googled and here is a picture of some. I thought it might be a dark beer but it obviously isn’t. I am not really a beer drinker, but it doesn’t look bad. Light American beers are fine for me. 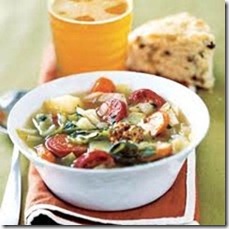 In a 5- to 6-quart pan over medium-high heat, stir sausage often until lightly browned, 6 to 8 minutes. Spoon out and discard all but 1 tablespoon fat from pan.Add onion and garlic to pan; stir often until limp, 3 minutes.Increase heat to high. Add broth, beer, potatoes, cabbage, carrots, coriander, allspice, and peppercorns (wrap and tie spices in cheesecloth
if desired). Cover and bring to a boil; reduce heat and simmer until potatoes are tender to bite, 10 to 15 minutes. Discard spices if wrapped. Stir in parsley. Ladle soup into bowls. Serve mustard alongside to add to taste.