I don't know how, but I totally missed the news about the earthquake in Mexico on Tuesday. It seems like it was a pretty big one. At least 200 people killed. Exactly on the anniversary of the really bad 1985 earthquake I am told. Several schools collapsed which means that some of the children were also killed. The epicentre was some distance from Mexico City but a friend tells me it was still pretty bad there too. This year is going to be remembered for its disasters I think. Puerto Rico is suffering another hurricane at the moment - Maria - then there is another one on the way, Otis. Not sure what happened  to the N hurricane maybe it was a flash in the pan. Neither Jose nor Maria look set to hit the mainland but the devastation on the islands is terrible. I have said it before, but I am so sorry for the islanders because there is nowhere to run to.

I have discovered something recently. If I order a book from my library and there is a large print version, I order that one because they come through much more quickly.

A friend got me worrying this morning because she told me there is arsenic in rice. I googled, she is 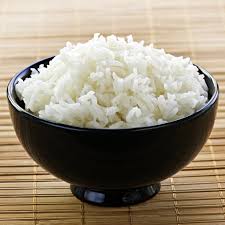 right, but then I went further and it turns out that there is arsenic in a lot of the food we eat. For instance the dish I am making for supper includes several items with arsenic.  Water and rice being part of it. Then I thought, I am pushing 80 and Matt is over 80 if we are poisoning ourselves, we've been doing it for a very long time without any adverse effects so I figured I would carry on as usual and stop worrying about it. For you Brussels Sprouts haters, they are quite high in arsenic so you can make that your excuse for not eating them. I will continue to do so however. After all, think of the countries like China where rice is their staple diet and many folk are lucky if they get anything to add to it. By the way, brown rice (which is supposed to be so healthy) has more arsenic than white because the husks are removed. I learned is school that once upon a time rich Chinese were getting rickets because they were eating the white polished rice whereas the poor who couldn't afford anything but brown rice were safe from that illness.

Forget the fast food--this take on Mongolian Beef delivers all the flavor without the insane sodium and fat levels. This vibrant, Asian-inspired dish brings just the right amount of spice to the plate. But to make it a bit more kid-friendly and eliminate the heat altogether, just leave out the chile paste. Serve this bold beef favorite over wide rice noodles to catch all the garlic- and ginger-laced sauce. To 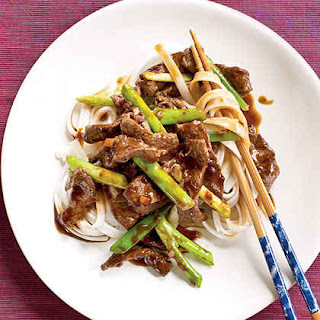 add a little more green to the plate, add a side of steamed or roasted broccoli.