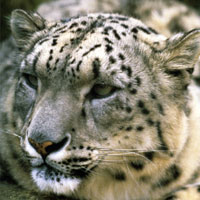 I received an email from World Wildlife Fund today telling me that the Giant Panda has been downgraded from Endangered to Vulnerable. This is a great achievement. Another piece of good news that this is the second year that there have been zero shootings of the Snow Leopard in Mongolia. Unfortunately these two pieces of good news are negated somewhat by the poaching of other animals, in particularly the Black Rhino and the Elephant. There are a team of World Wildlife people working with their contacts in Kenya affixing transmitters to the rhinos to track their movements as an aid to protecting these critically endangered creatures. Only man can so terribly endanger these animals and only man can protect them unfortunately. At least the good news means that some of the efforts are paying off. The Chinese are certainly doing all they can to protect the Giant Panda.

We were thinking of bowling again this afternoon but our car had other ideas. the switch for the 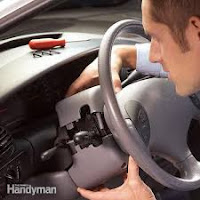 signal lights and wiper blades decided to stop working. We had been out and about, I went with Matt at the crack of dawn to do the shopping, I must be nuts. Came home had breakfast then I had to go for my blood work. On the way to the lab, Matt suddenly found he had no signals. After my visit to the lab he dropped me off at the apartment and headed to our local garage. They were as busy as all get out when he got there, but they sent him home (by cab) and eventually phoned to tell us what exactly was wrong. The worst part was the price, $700 odd. I couldn't believe it, but you have to have signals and wipers although I do believe there are a lot of cars manufactured with no signals at all. You see them all over the place, all makes. Either that or maybe they all broke and nobody was prepared to get them repaired.

You know the sound a truck makes when it is backing up, beep, beep, beep. Well there is a crane in use here which makes the same sound almost continuously. When they move it half an inch it appears to beep. It is driving me crackers. Do you wonder we wanted to go bowling. Any thing to get away for a while. Oh well, tomorrow we will be bowling anyway, DV.

My vegan friends may find the following recipe of interest. There were comments on the page from people who had made this recipe and the general consensus seemed to be it is too sweet. Most cut down on the sugar and one commented she had cut it out altogether.

Michael Kraus for The New York Times
Drew Spangler Faulkner, a cooking teacher at L’Academie de Cuisine in Bethesda, Md., makes a Thai green curry that is a kind of Asian comfort food. The sauce, made creamy with coconut milk, and gently spicy with the curry paste, is flavorful yet soothing. The vegetables, which are simply dropped into the sauce, and gently simmered for about 12 minutes, turn out tender, not soggy. It is 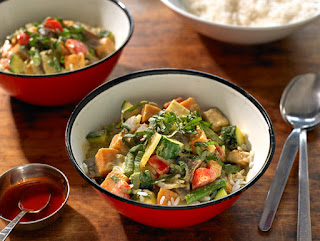 startlingly simple. She makes her own green curry paste, but the recipe calls for any one of three store bought pastes. Although some green curry pastes contain fish or shrimp paste, she has found three brands which do not: Thai Taste, Maesri and Thai Kitchen.

2. Place saucepan of coconut cream over medium-high heat until it begins to bubble. Add curry paste and reduce heat to medium-low. Stir constantly until very fragrant, about 3 minutes; adjust heat as needed to prevent burning. Add onion, red pepper, zucchini, sweet potato, bamboo shoots, green beans, and eggplant. Stir until vegetables are hot, 2-3 minutes. Stir in coconut milk, bring the mixture to a boil, and reduce heat to low. Simmer, uncovered, until the vegetables are tender, about 10 minutes.

3. Add the soy sauce mixture and a generous squeeze of fresh lime juice to taste; you may use the juice of an entire lime. Stir and mix well. Add up to 1/4 cup water if the curry seems too thick.

4. To serve, place the curry in a warm serving bowl and garnish with the basil chiffonade. If desired, serve over jasmine rice.