For those of you wondering yesterday, this is a picture of the eye socket of a blue whale. What you would do with it when you had one, I have no idea. Not something I would want to collect but this cousin had some very wide ranging interests apparently. You should see the list of the stuff up for auction, pages of it. I sent a copy to JoJo Mendonza as I thought she would be interested with all the collecting and art she does. I was right, she was and would have liked to have gone to the auction, as would I, just for interest’s sake.

I finally got round to getting a hair cut. Met an elderly Scottish woman there (91 I believe) who looked at my hair and said I didn’t need a hair appointment. Sweet of her. Actually I had been thinking it would soon be time to braid it. After that, went to a local electronics store because our CD player in the car has jammed. Can’t get the cartridge out and it won’t play. I have to make an appointment to see a technician some time in June. The guy I spoke to annoyed me so I kind of went 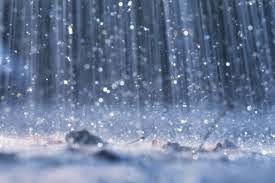 off in a huff, but I guess I will have to phone and make an appointment. Then, we went to get more asparagus. Eaten 3 lbs since Friday LOL. Tim Barrie, the farmer, looks terribly worried as we are in drought conditions. He says the plants are very stressed. We were supposed to get rain last night, not a drop, supposed to tonight, (Tuesday) so keeping our fingers crossed. On Facebook the other day he joked about keeping camels now he was living in a desert, but he is not a happy camper, understandably. I won’t be either if the asparagus season gets cut short. Maybe I should go do my rain dance. It worked once before. We are not as bad as California of course, yet. Then there is Texas where they have floods. Weather doesn’t seem to give a damn does it?

Another asparagus recipe which I found on MyRecipes. Don’t despair those of you who don’t like the stuff. Normal service will be resumed as soon as possible.