As we missed bowling last Thursday due to me fainting all over the place, we decided to go on Monday. I discovered I had more achy places than I realised. My first two games were lousy which I  blamed on attributed to such aches. However, my last game was pretty good so maybe the excuse wasn’t really valid. This is the last Monday they will be open until September. They only do Wednesdays and Thursdays throughout the summer although they are open at weekends I believe. This means to get two games, we have to bowl two days in a row. Did it last year, assume we can do it this year so long as I don’t go hurting myself any more. I love that little animation as you will guess from the number of times I have used it.

A distant cousin of mine died a while back. I never met him as he 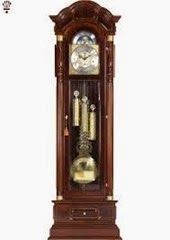 lives in London. His effects go up on sale at auction today, what a very odd list of things he collected. Whale eye sockets?? What on earth are they? It’s one heck of a long list and described by the cousin who sent me a copy as being a very eclectic collection I’ll say -and although not much is valued over £100 or so, there is so much that if it all sells, it will fetch a nice little pile. One thing which would sell well over here is an old grandfather clock which seem to be very popular in North America. I wouldn’t give a cent for one. Stayed with some friends who had one and the damned thing kept me awake all night – well at first. Other than being mahogany, I have no idea what it is like of course.

For Monday supper I am making the Garlic Shrimp and Asparagus recipe I posted a few days ago. Later - it was delicious. I did make a couple of alterations. The recipe calls for cooking the shrimp til brown. I think that if one did that they would end up like leather. So once they started to turn pink I turned them over. I also added a good splash of white wine with the stock and I served it over spaghetti. Next time I will use fresh Fettuccine which I can buy at our store. They say the recipe takes 30 minutes. That depends on whether you peel your own shrimp or buy it already peeled. Guess what I do? Peel it myself.

Below is certainly a simple enough recipe. But doesn’t it look delicious – well if you like asparagus in the first place of course. I could dive into that pile of green stuff with a will.

If your plans for dinner don't involve the grill, this asparagus is also delicious roasted. Place the asparagus spears on a jelly-roll pan, and roast at 450° for 5 to 7 minutes.

Preheat grill.
Snap off tough ends of asparagus (not necessary with farm fresh asparagus). Coat asparagus with cooking spray; place on grill rack, and grill 4 minutes or until crisp-tender, turning frequently. Place asparagus on a serving platter.
Combine vinegar and oil in a small bowl; stir with a whisk. Drizzle over asparagus; sprinkle with salt, pepper, and cheese. Serve immediately.