Mummy Paint, Dizzy but not Blonde 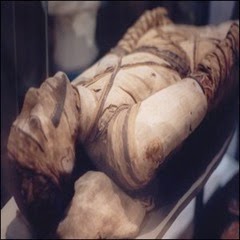 This is the oddest story I think I have ever read. A specific shade of brown paint was produced from pilfered Mummies. These were stolen mummies which had been originally thought to have medicinal properties as did many paint materials apparently, they were used by apothecaries, and then someone, somewhere, discovered they made a fantastic brown paint. Eventually artists discovered the source of their favourite brown paint and the use gradually petered out although not until the ‘60s did the practice stop altogether due to a lack of source materials. This was a story I was lead to by How to Geek and is well worth a read. When all the mummies have been dealt with in the movies, now you know what to do with them.

I was going to write another pity me section, but after hearing a friend had a TIA I feel guilty about doing so. However, it was not a fun experience. We were heading to the bowling alley. Got to the 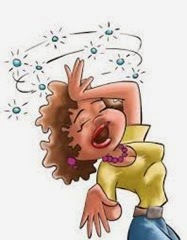 elevator, felt a tad faint but figured it would pass. Matt went to the garage I went to sit in the lobby. Still feeling dizzy, told Matt I wasn’t going so he went to the garage to park. Big mistake I should have got him to come with me. In the elevator I fell to the floor, luckily I slid down the wall. Eventually I managed to stand (thank god there are rails) tried to open the door and a friend was there. Asked for help but I was on the wrong floor. He held on to me until we got to my floor and virtually heaved me to my door. Matt had arrived by that time. I was gasping for breath, shaking and sweating.  Matt said my pulse was tumultuous. The two of them got me on the bed and once I was horizontal I started to recover. I guess I was fainting and neither the blood nor the oxygen was getting to my head. This was a pretty scary. They were going to send for an ambulance but I didn’t need it in the end. Not sure why this happened – I dozed for an hour or two and finally woke up starving. I have been a bit shaky ever since, but nothing like I was. Last time I did that was when I was about 18.

So, sorry, can’t be bothered to hunt for a recipe tonight. My apologies.