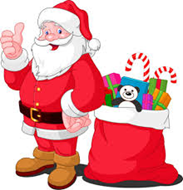 I had an epiphany (right time of year too) Alex J. Cavenaugh claims to use clones for all he does, so where did he get his cloning machine? Santa  of course. I figure that’s how Santa Claus gets to all the kids of the world, by clones. He doesn’t use reindeer in Australia either, but six white boomers (white kangaroo) so he probably has specially cloned Australian Santas as well for that run. Just typing this it occurred to me, in the UK we say Father Christmas, but I have been over ‘ere so long I don’t even think anything but Santa Claus now.

I have been telling people here and there about our favourite version of Silent Night sung by Enya in Gaelic. If you have never heard it, here it is from YouTube. Enjoy.
We’ve had the CD for a number of years now and enjoy it every year at Christmas time.

Christmas lunch which was catered by the wives of the two owners, who, themselves, are father and son. They really did us proud with a good variety of sandwiches and various sides as well as lots of desserts including pumpkin and apple pies.  Everyone was very impressed and really enjoyed it. I then proceeded to bowl two very good games, which delighted me as well but I was taken down a peg or two in the third game, yuk.

Oops I nearly forgot, I was the lucky winner on Yolanda Renee's blog site and got a copy of both her books Memories of Murder and Murder, Madness, Love and also a copy of Polar Night  by Julie Flanders. I very rarely win anything so I am delighted with these three ebooks. 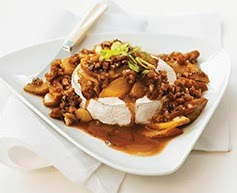