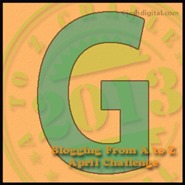 This was Myrlin of Stanhope, better known to his friends as Zebedee. He was my very first German Shepherd, called Alsatians in England. He 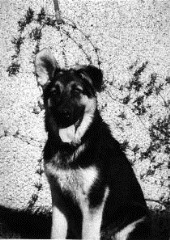 was very much my dog and would have defended me to the death if the occasion had risen. If he liked you, he really liked you, but if he took a dislike to you, he wouldn’t come near you. He adored my first husband, John, and when he met him, he similarly adored Matt but he did NOT like Matt’s dad although he did everything he could to attract him. As you can see, his ears never really stood up despite all the recommended things we tried, it got so he wasn’t too happy when anyone touched his ears. We took Zeb to training school and soon decided that we needed a dog each to handle in the training ring, so we bought Gypsy who became John’s dog. Later, I had fallen 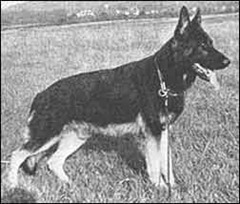 in love with a German Shepherd called Joll von Bemholt, Joll for short, he was a very valuable animal and was a Sieger in Germany when he was purchased for a lot of money and imported to the UK. So, when a puppy of his became available, I bought her. She became Brandy. Brandy is the only one who ended up in Canada, by that time the other two were no longer with us. German Shepherds are still my favourite dog and I am so sorry we don’t have one any more, however, living in an apartment we don’t think having any kind of pet is fair to the animal.

It appears that other countries have now copied the German show, I suspect, but don’t know, that their qualifications are not nearly as stringent. The breed was literally invented by Captain Max von Stephanitz – it is quite a fascinating story. I used to have the book written by his daughter, but sadly I lent it to someone but despite a fair amount of persistence on my part, I never got it back, nor another book I had lent to the same person written by Nem Elliott who was a top British breeder and whom I met when I bought Gypsy.

I have been making Gazpacho on and off for many long years. A cold salad soup, but absolutely delicious. The soup originated in Spain. I believe the traditional Gazpacho, as served in Spain, does not have garnishes, but I always enjoyed them.

1. Mix the diced tomatoes, peppers and cucumber with the crushed garlic and olive oil in the bowl of a food processor or blender. Squeeze out the bread, tear it roughly into chunks, and add to the mixture.
2. Blend until smooth, then add the salt and vinegar to taste and stir well.
3. Pass the mixture through a fine sieve, then cover and refrigerate until well chilled.
4. Serve with garnishes of your choice: I liked diced black olives, hard-boiled egg and small pieces of cucumber and pepper; mint or parsley also works well, and many people add spring onion, cubes of Spanish ham and so on.