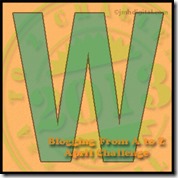 W is for would you believe I forgot it. I suddenly realised I had blogs for the next few days, to the end of April, but W was missing. Horrors. 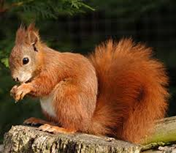 One of the first things that came to mind was Prince William of England and then I thought of William the Conqueror who was our first William of England. He defeated the British army led by King Harold and Harold himself was killed at the Battle of Hastings which took place in 1066 as every child in England knows. Of course it took a long time for the Normans (William’s bunch) and the Anglo Saxons to assimilate and integrate, through several generations. One of William I’s sons was called William too, he was William II and was known as William Rufus he was apparently shot whilst hunting in the forest by a bloke called Walter Tirel who 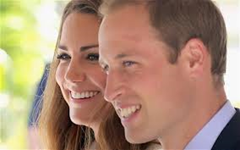 (according to legend), swore he thought he was shooting at a squirrel; not according to Wikipedia though. In those days all squirrels were red. The grey squirrel had not yet invaded England. Later on we had a William of Orange who was married to a British Queen, Mary, and they ruled conjointly although William of Orange was actually Dutch and had invaded England. Today we have Prince William who will be William IV when he ascends to the throne.

This was a salad I used to see all over the place when we first came to Canada. It was always one I enjoyed. According to Google the first Waldorf Salad was created in New York City in 1893, by Oscar Tschirky, the maître d’hôtel of the Waldorf Astoria. I haven’t seen it served anywhere for quite a while, pity, it’s good. Guess the answer to that is I need to make it myself. 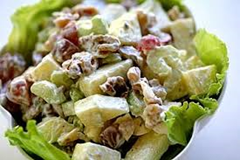 Preheat the oven to 350 degree F. Spread the nuts on a baking sheet and toast in the oven for 8 to 10 minutes. Cool and break the nuts up into small pieces. Half, core, and cut the apples into 3/4-inch pieces, leaving the skin intact. In a medium bowl, mix the apples with the lemon juice, celery, and walnuts.
In a small bowl, whisk together the mayonnaise, chives, sour cream, parsley, sugar, and lemon zest and season with pepper. Add the mayonnaise mixture to the apple mixture and stir to coat. Refrigerate if not using immediately. When ready to serve, arrange the lettuce leaves on a large platter, or divide them among 6 salad plates. Place the salad on the lettuce and serve.