This is a blogfest being hosted by Alex J. Cavanaugh or, as somebody recently christened him, the Blogfather. If you click on the Ninja Captain's badge at the side, it will take you to his announcement.

At the moment, the top of my list is:

Avatar, fantastic movie, just wish I had seen it in 3D. I don’t want to know how it was done, but the idea of Pandora was incredible and I would love to be a Na’vi. If its sci fi, I enjoy it anyway. Its about scientists ‘driving’ avatars which are created with a combined genome of the local people and the human driver. One of the scientists dies and his twin brother, an ex Marine with a spinal injury, is sent to Pandora in his stead. He ends up getting really close to the Na’vi people.

The King and I, every time the king dies I cry, the film was just a

fairy tale, the real Anna Leonowens wasn’t nearly such a nice person, not sure the king was either. Anna certainly thought they were all savages, if you read her memoires. Anna did help to modernise Siam though. Always liked Yul Brynner.

Anastasia, loved the concept that the Tzar’s youngest daughter might have survived. I always hoped she had. Yul Brynner again and Ingrid Bergman who was always a favourite. Such an elegant woman too, I think I saw most of the movies she ever made. One which comes to mind, was a slightly sad little move called The Yellow Rolls Royce which comprised three stories about the car and its current owners.

Chevalier. In fact I made a point to see more of his films after I had seen this one. The time of the movie was an era I very much admired, clothing was so graceful and the lives they (well the rich anyway) led seemed to be admirable, or maybe ‘such a bore’. 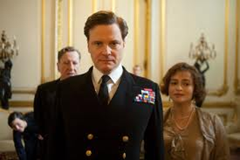 The King’s Speech, well done and a good story based on fact. Colin Firth did an excellent job as the King and Geoffery Rush was a wonderful Lionel Logue. I was familiar with the speech done by the King himself although I didn’t hear it at the time, too young. Also, being too young, I had never heard about the king’s stutter which Colin Firth did beautifully.

Stardust, lots of magic and nasty witches; Michelle Pfeiffer was a

great, but nasty, witch. More romance. Wonderful part played by Robert de Niro as Captain Shakespeare, one of the best bits in the movie. I first saw the movie on the plane returning from England and fell in love with it right away. Michelle Pfeiffer was a particularly wicked witch right to the bitter end. Of course there’s another love story. The hero has stars in his eyes.

How to Train Your Dragon, very funny although why Vikings should have Scottish accents, I haven’t a clue. A village is constantly plagued by dragons who steal their sheep and burn down their dwellings, the villages are excellent dragon fighters and know all about dragons from their many years of experience until the chieftain’s son, named Hiccup, turns it all on its head. The main love story here is between Hiccup and his dragon.

Dirty Dancing, great story and I love the dancing. Plus I was 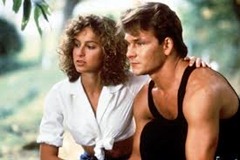 always nutty about Patrick Swayze. Certainly in his earlier films before he was struck by cancer. I loved him in Roadhouse and Ghost too although not so keen on Point Break which was a surfing movie, good, but not as good to me.  Particularly love Whoopie in Ghost, she played the most wonderful medium.

Starman, a love story with a twist and an alien played by Jeff Bridges. Earth has sent off invitations to aliens to come visit us. When one does, they shoot him down. He simulates a widow’s husband, but has to get back to his mother ship soon or he will die. At first she, the widow, is terrified but eventually, surprise, surprise, they kind of fall in love. OK, I love happy endings, so sue me!!

The Last Starfighter, you don’t have to be stuck in a boring

life. A young man on a trailer park, fed up with spending his life fixing people’s power circuits and running errands. Disappointed about not getting a loan to go to a good college and take his girlfriend with him. His one pleasure is to play a video game of starfighting and protecting a planet against an armada. One day he breaks the record on the machine only it turns out it was actually a test for a real off world situation, not just a game at all. The only ‘name’ I know was Robert Preston of Music Man fame.

I want to say so much more on this subject, thinking about it, that I have started tomorrow’s blog about movies rather than make too long a post for the blogfest.
As this is all about movies, I thought a drink served on Oscar night would be appropriate.

By Lara Shriftman and Elizabeth Harrison 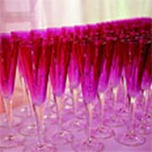 For cranberry syrup
In a medium saucepan, boil the cranberry juice cocktail, the ginger, the cinnamon stick, and the star anise for half an hour or until reduced to 1 cup. Let cool.
For cocktail
Fill a Champagne flute half-full with Champagne and add the brandy. Add 1 ounce Brandy-Cranberry Syrup and mix. Garnish with fresh cranberry.
Cook's note: The syrup recipe makes enough for 10 drinks.

Email ThisBlogThis!Share to TwitterShare to FacebookShare to Pinterest
Labels: Anastasia, Avatar, Dirty Dancing, Gigi, How To Train Your Dragon, Paris's Crimson Champagne Cocktail, Stardust, Starman, The King and I, The King's Speech, The Last Starfighter.