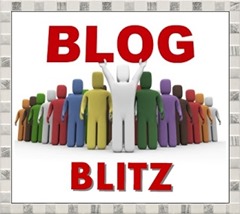 D.L. Hammons of Cruising Altitude 2.0 has come up with a new idea – having a list of bloggers all of whom will, upon notice, descend en masse at the blog of one of their number and comment, i.e. squishing them like a game of tag. If you don’t understand my description, do go to his blog and read all about it. D.L. Hammons is one of the hosts of the A to Z Challenge this year and if you wish you can read all about him at Blogging from A to Z dated March 12.

I have been working on my blogs for the A2Z this last few days. I

have completed up to K and written odd parts of the blogs after that. My idea this year was to write something short about a subject beginning with the letter of the day and then to present a recipe beginning with the day’s letter as well. I might say to date there are over 1,000 bloggers signed up, there are still a couple of weeks to go. This is really becoming a big thing. This year there are 7 hosts and each host has a crew of minions, I am a minion for L. Diane Wolfe, to help the hosts encourage and visit all the blogs assigned to them.

Watched an interesting programme on Monday night, it was The Royal Nova Scotia International Tattoo, filmed in Halifax, Nova Scotia. I saw it on WNED which is the PBS out of Buffalo, NY. There were some incredible spots, one of which was a couple of police men from Paris, I assumed France, who were 23 ft. up with a ladder balanced on one bar of a trapeze swing and they were doing acrobatics at either end with one helping to maintain the balance whilst the other one performed. All without a net I might say. Oh great I have found a video of them in Paris. I warn you, the sound is terrible and the picture is a bit misty, but it will give you the idea.

I thought this looked cool and refreshing.

Based on a popular Chinese dish, these fun wraps also make appealing appetizers for entertaining. Make it a meal: Serve with chile-garlic sauce and rice vinegar for extra zip; toss diced mango and strawberries with lime juice for a quick dessert. 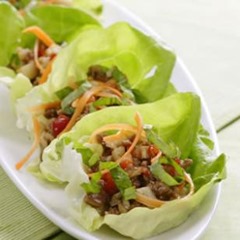 Preparation
1. Bring water to a boil in a small saucepan. Add rice; reduce heat to low, cover and cook for 5 minutes. Remove from the heat.
2. Meanwhile, heat oil in a large nonstick pan over medium-high heat. Add turkey and ginger; cook, crumbling with a wooden spoon, until the turkey is cooked through, about 6 minutes. Stir in the cooked rice, bell pepper, water chestnuts, broth, hoisin sauce, five-spice powder and salt; cook until heated through, about 1 minute. 3. To serve, divide lettuce leaves among plates, spoon some of the turkey mixture into each leaf, top with herbs and carrot and roll into wraps.

Tips & Notes
Make Ahead Tip: Prepare the filling (through Step 2), cover and refrigerate for up to 1 day. Serve cold or reheat in the microwave.
Notes: Hoisin sauce is a spicy, sweet sauce made from soybeans, chiles, garlic and spices. It will keep in the
refrigerator for at least a year.
Often a blend of cinnamon, cloves, fennel seed, star anise and Szechuan peppercorns, five-spice powder was originally considered a cure-all miracle blend encompassing the five elements (sour, bitter, sweet, pungent, salty). Look for it in the supermarket spice section.