It was announced yesterday that scientists think they have confirmed the discovery of the Higgs Boson popularly known as the God particle. Here is an article about the latest discovery from the large 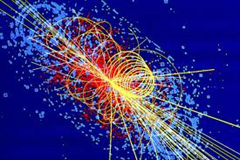 Hadron Collider close to the Swiss-Italian border. Although scientists are excited, they are still not prepared to commit 100% apparently, they need to prove it several times over. Apparently this particular Hadron Collider is not up to full strength so they expect to get more definitive results later on. There is a very good video explaining what the Higgs Boson is all about. The original announcement of a possible discovery came last year. I blogged about it on July 6, 2012 and included another link there to information about the event. The speaker in the video admits there is no present link to anything which might benefit mankind at this time, but gives examples of what could happen should this all be confirmed.

We now have a Canadian, Chris Hadfield, in command of the space 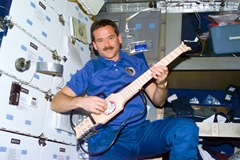 station – he received congratulatory messages from the Queen and the Prime Minister. He is the first Canadian in charge of the ISS and that is a feather in our caps. He apparently plays guitar which should please one of my blogging friends. Unusual kind of guitar, you can see through it.
Here’s a good recipe, but be warned, single cream in the UK, where this recipe originated, is a lot thicker than here, I would use whipping cream.

Homemade Irish cream is a real treat, served it chilled with plenty of ice or sneak a drop into your coffee.