I caught a headline yesterday, which annoyed me, something about how many athletes are gay. Who cares, what does it matter? How  many are heterosexual? Too much fuss is made about sexual orientation, much from non gays but also from gays themselves. I have never heard of a heterosexual pride march, but there seem to be dozens of gay pride marches. I don’t give a damn who you like to go to bed with, its nothing to do with me. Either I like you or I don’t, who you like to screw has nothing to do with it. I have had a theory for years that people who are so aggressive to gays are frightened because they are borderline themselves and are terrified of it. What I don’t like is having someone’s sexual preferences shoved into my face; I feel the same about many other such things, race and religion being two of them. Live and let live is my motto. 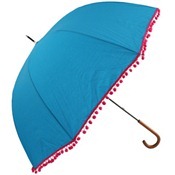 There is a new blogger in town, Robyn is writing Pretty and Practical and I loved her first one. I have read a number of Robyn’s writings before, when she was teaching in China and later visiting New Zealand. In my opinion she is a very amusing writer and I hope one day she will write books like her grandfather. I am sure she would do well. She, and her family, have a great sense of humour. Go for it Robyn.

It was somewhat cooler yesterday, but not as cool as I personally would like. However, there is supposed to be a cooling trend starting today, what we really need though is rain, rain and a bit more rain. We have major forest fires in Western Ontario – there is an updated map at this link http://tinyurl.com/2vvqdtk which shows where the fires are currently. Looks pretty frightening to me.

I was a bit miffed today to receive an email telling me the cover for my Kindle would not be forthcoming (I have been anticipating its arrival for days) for some very complicated reason part of which was to do with the Canada Post strike. OK I am getting a refund, but I was looking forward to its arrival. I have had to order another one from a different source so lets hope this one will arrive OK.
Yesterday we went to Sobey’s which is a grocery chain here, and where 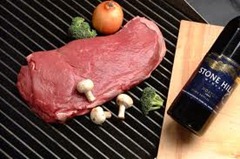 the butcher still cuts meat for you. Unfortunately it isn’t very close to us so we don’t often go there. It is the only place where we can buy the cuts of meat that Matt and I call London Broil. In Ontario, London Broil is quite different, but we first discovered our London Broils in North Carolina and we have been getting one of the butchers to cut them for us for the last 10 years or so. When we want to serve one we marinate it all day long and then cook it on our indoor/outdoor grill, not as good as a barbecue, but it works.

I haven’t mentioned the news, either regarding the dreadful famine in Somalia or the bombings in Norway – its all horrific, but there is lots of

coverage, so my input is certainly not necessary. Having written that last bit, I started thinking about it. We are being inundated with terrible pictures of starving children and dying babies plus continuous requests for help. Canada has just pledged another $50 million; but why is this happening? I was lying in bed worrying about it, so I Googled. It appears that a lot of the problem is aggravated by a militant extremist Islamic group called al-Shabab who have denied access to the UN and various aid groups who wish to help the 3. 7 million people who are starving in the south. Somalia has had a drought which precipitated the problem of famine and now the people are being denied help. If you want to read the horror story, go to http://tinyurl.com/3kqsl6h From there you can find links to other stories such as the huge refugee camps set up in Kenya for the starving people who have fled their famine plagued country.

As for the attacks in Norway, they said on the news last night that it is thought it was a home grown terrorist attack, this morning I read that it might be because Norway is assisting by providing planes in Afghanistan.  Read more here http://tinyurl.com/3zbyfmj

Sunday breakfasts used to be a feature of my life until I ended up with diabetes, now I mostly have the same ol’ same ol’. Cooking.com featured breakfast dishes this week and here is one from Eating Well.

The "strata" in this classic casserole are layers of bread, cheese and sausage baked in an egg-rich pudding.
Make Ahead Tip: Prepare through Step 4 the night before serving.
INGREDIENTS
1/2 pound turkey breakfast sausage (four 2-ounce links), casing removed
2 medium onions, chopped (2 cups)
1 medium red bell pepper, seeded and diced (1 1/2 cups)
12 large eggs
4 cups 1% milk
1 teaspoon salt, or to taste
Freshly ground pepper to taste
6 cups cubed, whole-wheat country bread (about 7 slices, crusts removed)
1 tablespoon Dijon mustard
1 1/2 cups grated Swiss cheese (4 ounces)
DIRECTIONS
Coat a 9-by-13-inch baking dish (or similar shallow 3-quart baking dish) with cooking spray.
Cook sausage in a large nonstick skillet over medium heat, crumbling with a wooden spoon, until lightly browned, 3 to 4 minutes. Transfer to a plate lined with paper towels to drain. Add onions and bell pepper to the pan and cook, stirring often, until softened, 3 to 4 minutes.
Whisk eggs, milk, salt and pepper in a large bowl until blended.
Spread bread in the prepared baking dish. Scatter the sausage and the onion mixture evenly over the bread. Brush with mustard. Sprinkle with cheese. Pour in the egg mixture. Cover with plastic wrap and refrigerate for at least 2 hours or overnight.
Preheat oven to 350 degrees F. Bake the strata, uncovered, until puffed, lightly browned and set in the center, 55 to 65 minutes. Let cool for about 5 minutes before serving hot.