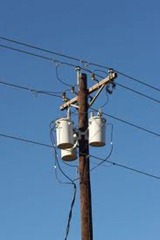 s an odd one, I heard on the radio that hydro (electric) poles are being stolen. I think so far the total sis 8. They are worth about $700 each apparently. Who on earth would steal them and why would they want them? For my no-Canadian readers, electricity is referred to as hydro here. I have told the story of my confusion about this when we first came here, we had a thunderstorm and then after it, the robins were singing themselves stupid and we were listening to them with our neighbours out in the front yard. One of them went indoors and came out saying the hydro was off, was ours, so I went indoors and turned on a tap which was running fine so I went out and told them.

I have, of course, been playing with my Kindle and am somewhat disappointed to discover I cannot borrow books from my library 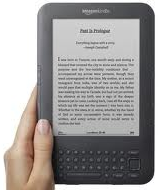 although other systems can do so. My friends who have Sony readers borrow library books all the time. The librarian suggests I get in touch with Amazon. I have been able to transfer many of my existing ebook library to the Kindle so I have now something like 100 books on it but I have read all these books before. I certainly cannot afford to shell out lots of cash to buy books from Amazon. The odd one now and again I guess. It turns out that Kindle will be launching a library access feature in the near future but only for American libraries at the start. I wonder how long this will take to get to Canada?

Michelle from Smothered in Butter (see link this page) was thrilled to discover she had been chosen for blog of the month by the Jamie Oliver Food Revolution team. She is the spearhead for our local ‘conversation on restoring family nutrition’. This is such an important item and I am glad Jamie Oliver’s team are supporting us, maybe we could get Jamie to come to this area, wouldn’t that be great.

Friday afternoon, late, we finally got our car back. Apart from a major financial deal, it was something of an ordeal for Matt. The guy who owns the garage where the repairs were done, turned out to be a Jehovah’s Witness so Matt was bombarded with religion on the day he took the car in and again when he was picked up yesterday. He was also given some booklets to read, all this after he told the guy he was an atheist. I don’t care what you believe, but don’t bend my ear about it please, especially not in a business situation. Now all I have to do is pay off the credit card.

Friday night we watched A Beautiful Mind, I thought I had seen it before, I hadn’t – what a great movie – it was about Dr. John Nash who was a Nobel prize winner for a mathematical theory he developed as a very young man and which has revolutionised finance all over the world and been used in other applications. Russell Crowe did an excellent job playing the part, one of the best things I have seen him do. If you have never seen it, I highly recommend it.

Eating Well is now saying chillies are not only good for taste but also the capsaicin is good for weight loss. If so, try this recipe they give.

Hot chile peppers may do more for you than add heat to your next meal. Studies show that capsaicin—a pungent compound in hot chiles—increases your calorie burn by boosting your metabolism. It may also stimulate brain chemicals that help us feel less hungry.

The idea of chile with chocolate still surprises most people, but the duo pairs beautifully in many chocolate desserts. In this silky, luxurious mousse the chile adds a light but bright accent. 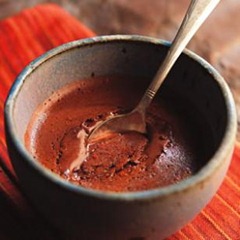